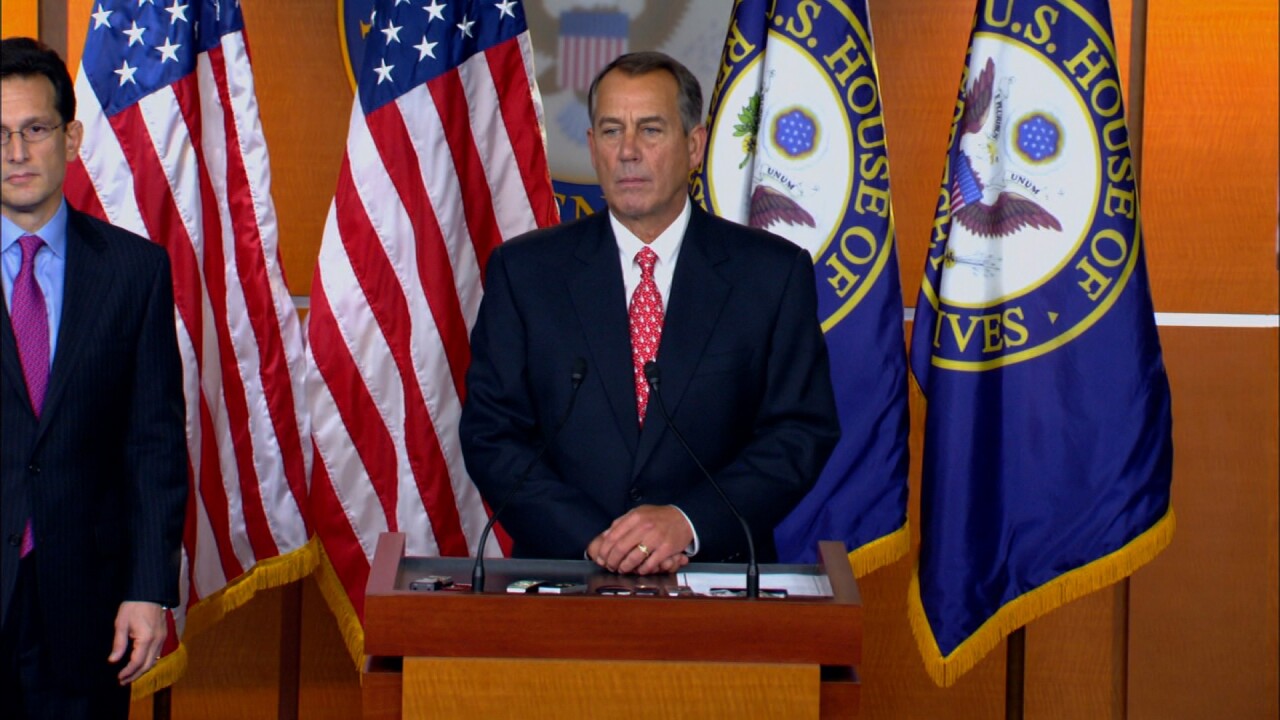 King, when discussing a proposal to give citizenship to the children of undocumented workers in an interview last week with Newsmax, suggested many of them were drug smugglers.

“For everyone who’s a valedictorian, there’s another 100 out there who weigh 130 pounds–and they’ve got calves the size of cantaloupes because they’re hauling 75 pounds of marijuana across the desert,” King asserted.

But at a time when there is mounting pressure on House Republicans to address an overhaul of immigration policy, Boehner deliberately repeated the message before TV cameras at his weekly press conference.

“There is no place in this debate for hateful or ignorant comments from elected officials,” Boehner said.

He added that what King said “does not reflect the values of the American people or the Republican Party. We all need to do our work in a constructive, open and respectful way.”

Boehner and many other House Republicans are now backing a proposal that would allow children brought into the United States illegally by their parents to obtain citizenship.

But King isn’t backing off. He doubled down on Thursday, maintaining his remarks were based on facts.

“If people were offended, were they offended by the number or my choice of the fruit? And, if so, what’s offensive about the number or that? I can’t imagine why it’s racist and if I offended anybody it was drug smugglers and it doesn’t trouble me to offend drug smugglers. If I intended to offend anybody that would be the group,” King said.

After speaking on the House floor, King didn’t seem phased by Boehner’s comments.

“We know that the speaker responds to criticism in the press.” King said, adding that he would have preferred Boehner to approach him personally before speaking to the media.

Many House Republicans quickly recognized the potential political damage King’s remarks could have on the GOP as the party works to regain ground with Hispanic voters after losing badly among the group in the 2012 election.

California Republican Rep Jeff Denham, who represents a district with a significant Latino population, concurred with Boehner in a tweet.

The American Action Network, a GOP leaning group, released a poll on Wednesday that found a majority of Republicans in King’s district backed a comprehensive approach to immigration reform.

“Hopefully with knowledge like this, the most ardent opponents of reform will pause to consider what they can support and how they can play a constructive role in fixing this broken immigration system.”

King brushed off the poll, and suggested the questions were crafted to get a specific response. He admitted his office has been inundated with calls since the public coverage of his comments, and said to date the reaction has been slightly more negative, with 55 opposed and 45 supporting his position.