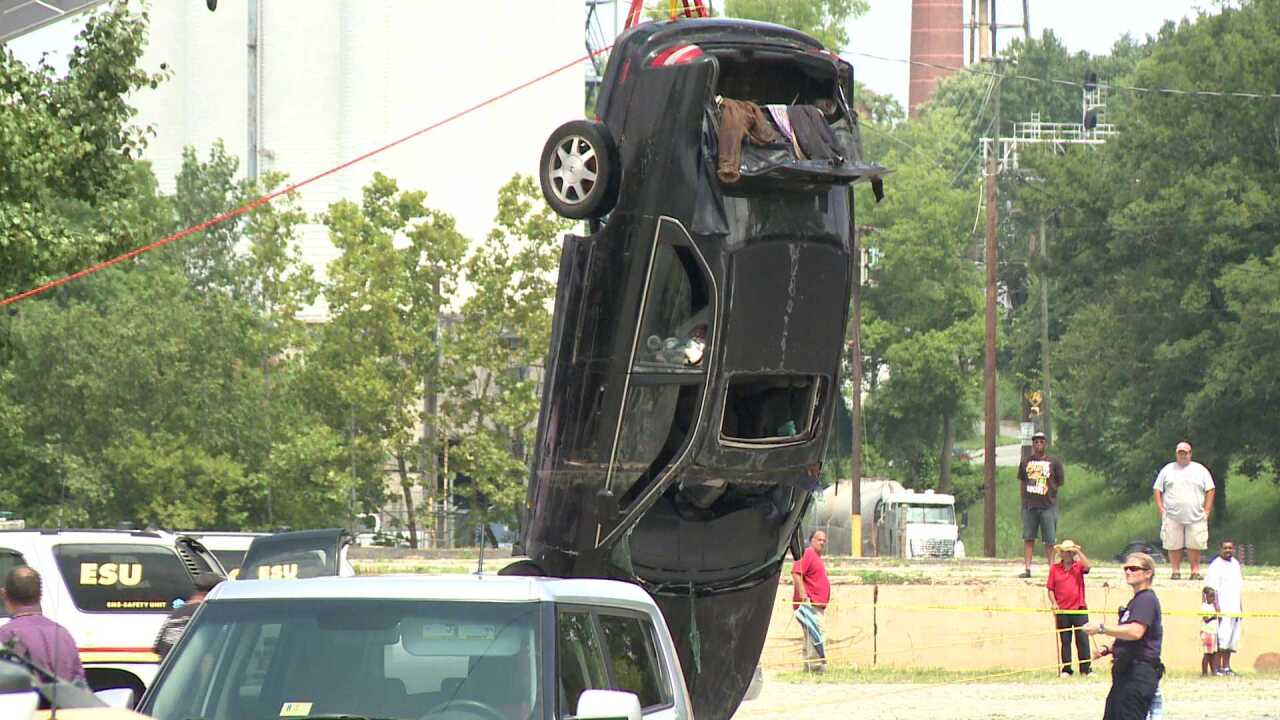 RICHMOND, Va. (WTVR) - Police identified the man who drove into the James River Tuesday as Barry L. Scott, 27, of East Laburnum Avenue. Scott's body was recovered from the car when crews lifted the Honda from the river Wednesday. Detectives said they did not suspect foul play.

Witnesses said about 8:30 p.m. Tuesday they saw the car speed into water at Rocketts Landing near where the Annabel Lee once docked.

“It came in the parking lot real fast. The next thing I know I see the car shooting off the dock,” witness Michael Erwin said. “The car sank. The car listed a little bit to the passenger’s side and then went down within three or four seconds and was gone.”

Other witnesses said they jumped into the water to try and help if anyone was trapped in the vehicle.

The Fire Department attempted to rescue the victim and recover the vehicle, but the poor visibility and strong currents forced them to suspend their operations until Wednesday, when the victim and the vehicle were recovered.