Body found after car is pulled from James River 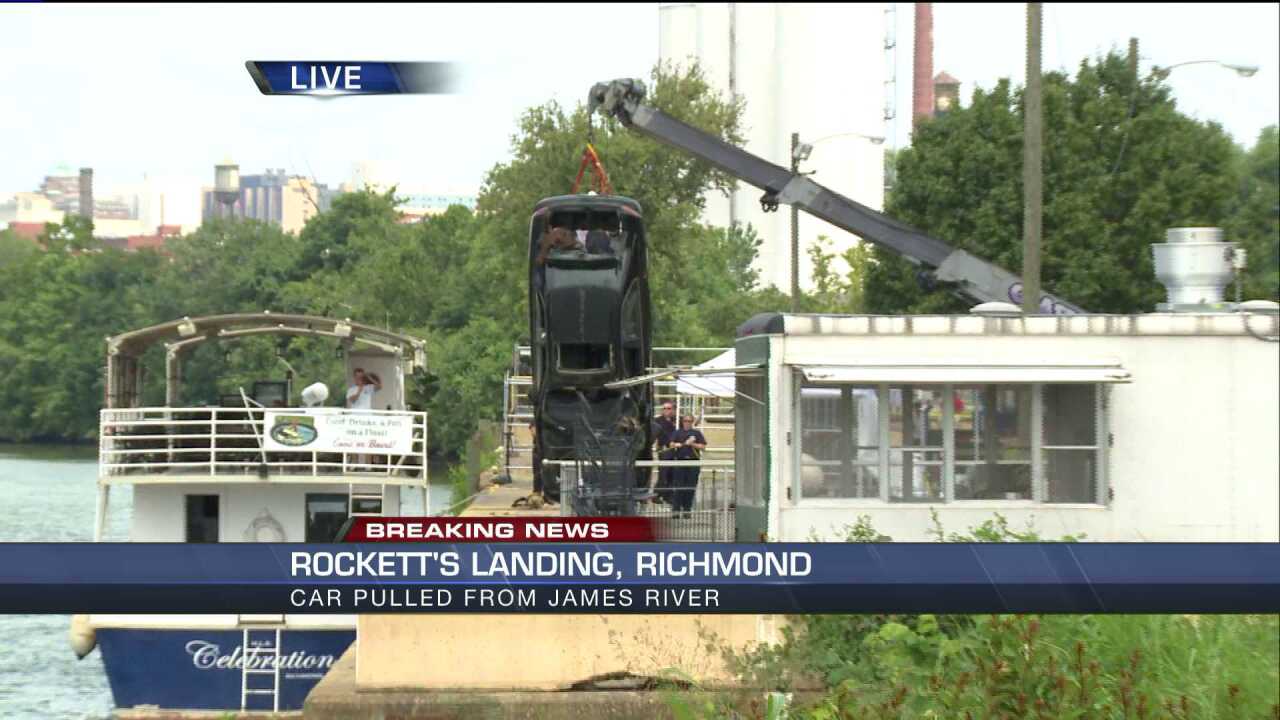 RICHMOND, Va. (WTVR) -- The Richmond Fire Department confirmed a man's body was recovered from inside a Honda that drove into the James River Tuesday night.

The body was taken to the Medical Examiner's Office where it will be identified.

Richmond police are working to figure out who owns the vehicle, identify the body and notify next of kin.

A news release indicated that police plan to release more information on Thursday.

Richmond dive crews returned to the James River Wednesday morning and hoisted from the car from the depths of the James River. Crews had said they could not see inside the car due to low visibility in the dark and murky water Tuesday night.

Witnesses said about 8:30 p.m. they saw the vehicle speed into water at Rocketts Landing near where the Annabel Lee once docked.

"It came in the parking lot real fast. The next thing I know I see the car shooting off the dock," witness Michael Erwin said. "The car sank. The car listed a little bit to the passenger's side and then went down within three or four seconds and was gone."

Other witnesses said they jumped into the water to try and help if anyone was trapped in the vehicle.

"My first response was to get in the water," a witness who identified himself at Captain Cricket said. "The current was really swift. It's about 20 feet deep. Once you got about 10 feet down it just went black."

Despite not being able to see inside the vehicle Tuesday night, Richmond Fire Lt. Robbie Hagaman said dive crews were able to secure the vehicle and noted all of its windows were still intact.