RICHMOND, Va. (WTVR) – CBS 6 Meteorologist Carrie Rose was monitoring a non-severe thunderstorm on the southeast edge of the Northern Neck near White Stone just before Noon Wednesday. The storm developed quickly along a wind-shift boundary there, and produced local heavy rain and frequent lightning. The storm was short-lived, though, and died in less than 45 minutes.

However, as the storm was over water, we received a photos of what appears to be a waterspout from that storm, as viewed from Deltaville (to the south, on the Middle Peninsula side of the storm). A waterspout is essentially a tornado over water, which usually forms from a non-rotating thunderstorm. 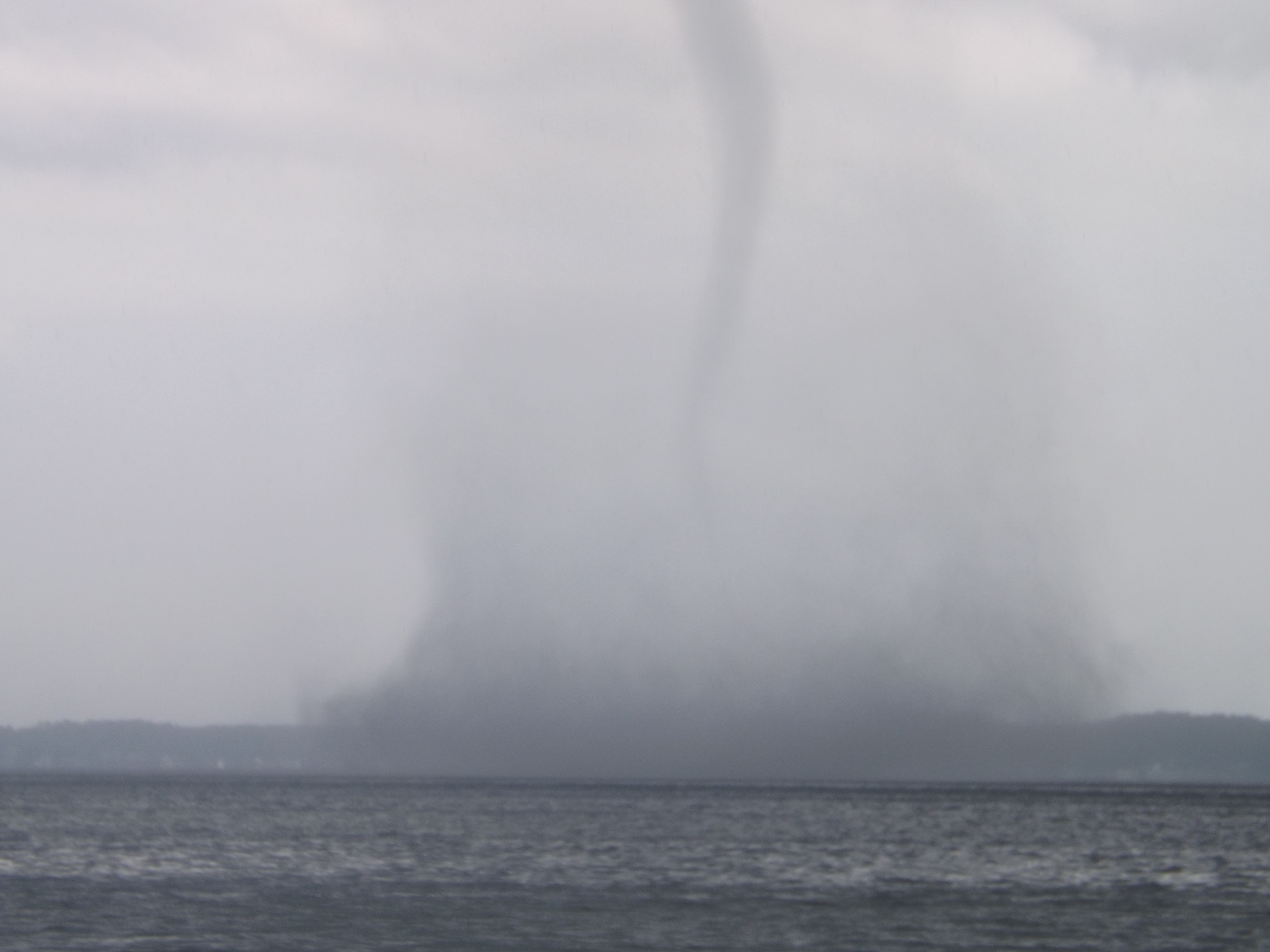 Rotation at the water level meets a cloud-base. Waterspouts are generally short-lived and look like narrow rotating columns of water. They can even occur in “fair-weather” situations, not related to thunderstorms. Waterspouts usually produce winds less than 70 mph, but can pose hazards to boats in the path.