BOSTON (CNN) — The fireworks started early on day 26 of the James “Whitey” Bulger trial in Boston Monday when Stephen Flemmi, who mouthed an expletive at his alleged former partner-in-crime when he first took the stand last week, riled up a member of the gallery.

Flemmi, in an apparent error, testified that Steve Davis, the brother of victim Debra Davis, was a drug dealer and an informant. Flemmi was actually referring to another Davis brother, Mickey, but the damage was done. Steve Davis, who has been a daily fixture in court, erupted. “That’s a f—— lie,” he shouted, his face turning red, his body shaking as he stood.

U.S. District Judge Denise J. Casper called for order, and Davis calmed down. She allowed him to stay, but Davis stormed out and returned later. Flemmi, who earlier testified that he had removed Debra Davis’ teeth to prevent identification, immediately apologized and clarified he meant Mickey Davis.

After court, Davis was contrite, apologizing for being “disrespectful to the court.”

It was hardly the only highlight or the only lapse for Flemmi, who seemed to struggle much more with his memory. At one point, he told prosecutor Fred Wyshak, “I’m getting confused.”

Flemmi testified he was by Bulger’s side for most of it. Although Bulger’s defense team has adamantly denied that their client was an informant, Flemmi described hundreds of occasions when he and Bulger met with FBI agents. Bulger’s FBI handler John Connolly turned out to be corrupt, accepting thousands of dollars from Bulger and his crew in payoffs and in turn tipping them off to law enforcement activity.

Flemmi, nicknamed “the Rifleman,” also described vividly the brutality — and at times absurdity — of their crimes. 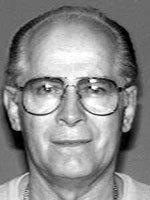 Describing the execution-style killing of Arthur “Bucky” Barrett, who was shot in the back of the head as he, Bulger and Flemmi walked into a cellar, Flemmi said, “I didn’t know (Bulger) was going to shoot him. I was right in front of (Barrett). He could have shot me. The body fell on me.”

Asked for Bulger’s explanation of the near-miss, Flemmi offered, “He made some asinine statement” but didn’t elaborate. Afterward, Flemmi said Bulger lay down while Flemmi and another cohort, Kevin Weeks, cleaned up the mess and buried the body.

Flemmi said Bulger did the same thing after several other killings, including after strangling Flemmi’s stepdaughter, Deborah Hussey. Flemmi said Hussey was a drug addict and prostitute who was causing problems at a bar associated with Bulger and his gang.

Flemmi said he gave Hussey money for drug rehab but admitted to “reluctantly” going along with a plan to kill her. He said Bulger strangled her. “It didn’t take long,” he said. “She was a fragile woman.”

The defense began cross-examining Flemmi with just 15 minutes left in the court session, but in that short time, attorney Hank Brennan, with a rapid-fire delivery, managed to fluster one of the prosecution’s star witnesses.

Brennan asked Flemmi whether he used to bounce Hussey on his knee when he knew her as a child. Flemmi responded, no, and Brennan pounced, referencing prior testimony in which Flemmi said he had done so. Asked to explain the discrepancy, Flemmi meekly offered that he didn’t think the question was important the first time he was asked.

“Why would you want to distance yourself?” Brennan asked. “Is it because of what you did to her a couple of decades later?”

Brennan then got Flemmi to admit he was involved with Hussey sexually twice “but not intercourse.”

When Brennan asked why he had strangled Hussey, Flemmi shot back, “I didn’t strangle her.”

The 15-minute exchange left the courtroom buzzing with anticipation of what will come next.