RICHMOND, Va. (WTVR) – Richmond Police are trained to catch suspects and lure wanted criminals out of hiding. But it appears that training cannot be directly applied to farm animals.

When a Richmond officer used Combos in an attempt to lure a chicken out from under a Forensics van parked in the police parking deck, the hen was “unimpressed,” the department posted on its Facebook page.

It seems the hen was hiding in the hood of Richmond Police Sgt. Faith Flippo’s vehicle when she left Powhatan County this morning for work. When she parked at police headquarters, the hen jumped out and ran under the van.

Eventually two other Richmond police employees — both of whom have chickens at home — captured the bird. The chicken was not hurt, police said in a tweet. 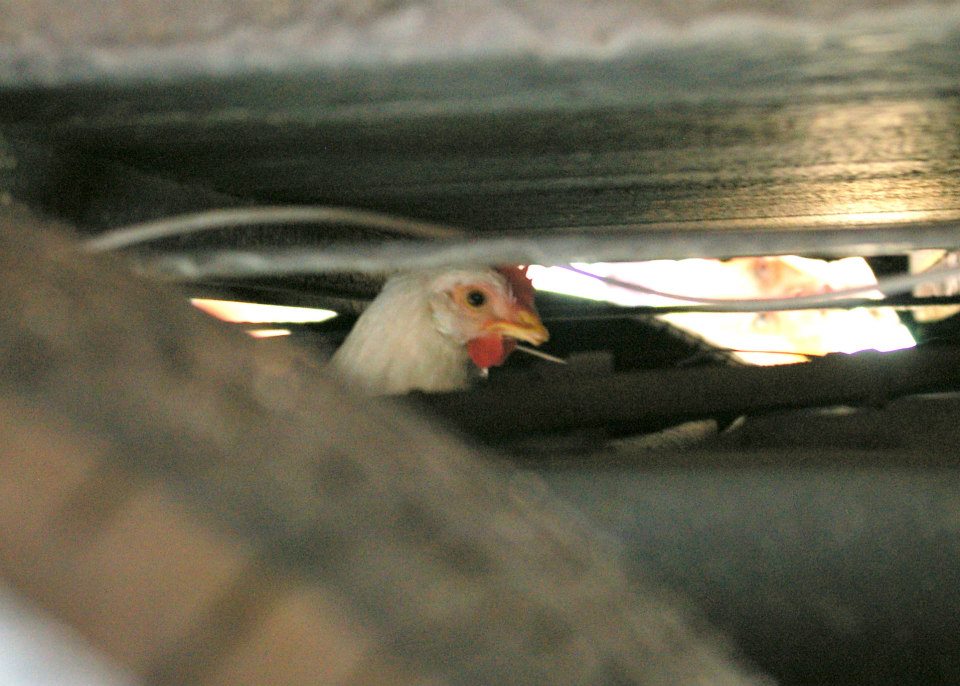 Richmond Police posted photos of the chicken chase on its Facebook page.