Governor McDonnell pays state thousands for items given to kids

RICHMOND, Va. (WTVR)–On Friday, July 5, Gov. Bob McDonnell reimbursed the Commonwealth almost $2,400 for food and supplies taken by his children from the kitchen of the Virginia Executive Mansion, CBS 6 confirmed with the governor’s spokesperson Tucker Martin.

Most of the items were given to three McDonnell children when they returned to college after weekend or holiday visits.

In a memo accompanying two different checks, Governor McDonnell said this $2,390.55 invoice was the first time he has been presented with an invoice for such expenses.

McDonnell noted that providing such expenditures to his children seemed to be “generally permissible since the state guidelines contain no prohibition and such expenses maybe customary for first families with a returning college student.”

"Nonetheless, the total over 3 1/2 years for my children is an invoice I will now pay to ensure that there is no question that any potential personal expense has been reimbursed," McDonnell wrote in a memo to Dennis Johnson. 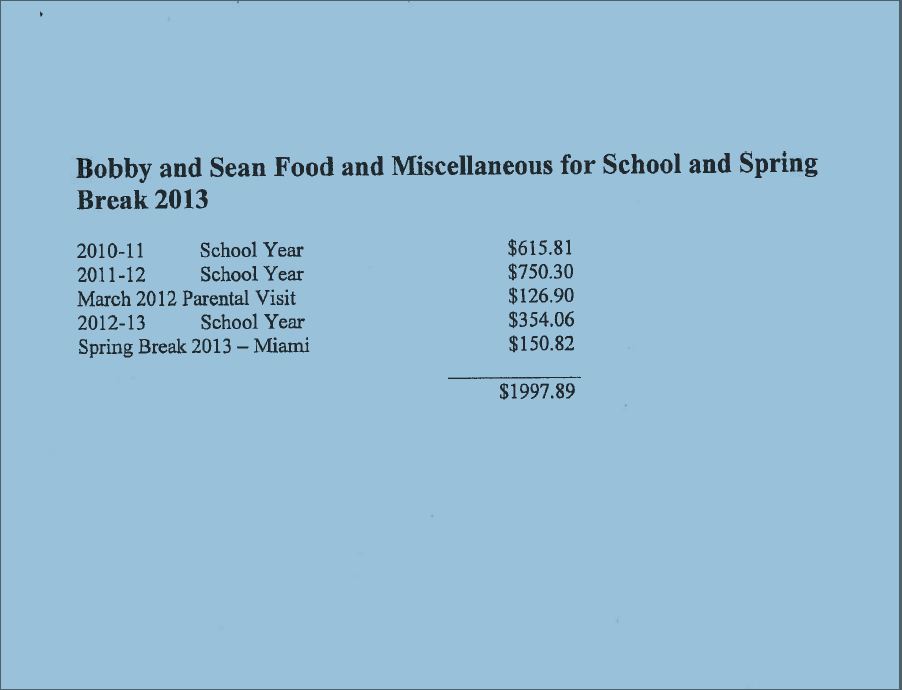 In the court documents for his own case, Schneider alleged that the governor’s family took items from the executive kitchen.

On Monday a judge heard Schneider’s motion of dismissal for this case, and will rule by Friday. If the judge rejects the dismissal argument, the trial is slated to begin in October.