Monday was shaping up to be a hard day online for the Golden Corral buffet chain as two separate web postings claimed to show disgusting kitchen practices at the chain’s restaurants.

As reported by Mashable, a poster on the website Reddit (note: page is safe, but parts of Reddit may contain objectionable material) shared four images that purported to show squalid conditions in a Golden Corral kitchen.

“This is an average day, not an isolated incident,” poster GCWhistleblower wrote. “They are understaffed and it’s like this at every local location within 100 miles (I have worked at more than one location), not to mention the dishwasher can quit and go to any other restaurant and earn at least 2-3 more dollars an hour.” 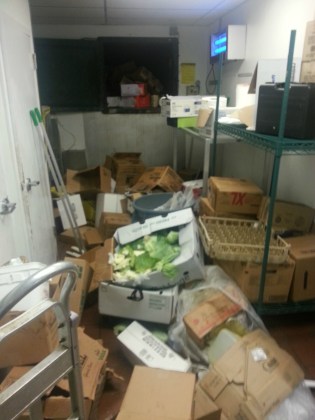 Then, a man who said he was a Golden Corral employee in Port Orange, Fla., posted a YouTube video that seemed to show large quantities of meat sitting in a trash area while the restaurant prepared for an inspection. The employee implied that the food would later be served to customers, but a rep for Golden Corral issued a statement saying otherwise.

“None of these items were served to a single customer,” the rep told Mashable. “All were destroyed within the hour at the direction of management. Brandon Huber, the employee who made the video, participated in the disposal of the food.

“The following day, the father of the employee posted an offer to sell the video for $5,000, which was not accepted. The manager involved in the improper storage was terminated for failing to follow approved food handling procedures.”

The incident echoes a photo posted last month of a Taco Bell employee licking taco shells. In that case, it was determined that the taco shells were headed to the trash can, not to customers.