RICHMOND, Va. (WTVR) -- Richmond firefighters arrived at 1221 N. 30th St. at 7:41 a.m. Tuesday morning to find a two-story house with flames visible, and a woman standing on the roof of the home.

A spokesperson for the Richmond Fire Department said firefighters initially thought the woman might try to jump, but acted as if she was trying to get back inside the house.

Crews made entry into the residence, and found an infant inside the room where the fire was burning, according to the fire department.

The child was removed from the home, the woman helped down from the roof, and the fire extinguished in about 20 minutes.

The mother and child were taken to VCU Medical Center with severe burns, officials said.

The quick response from fire crews was aided in part because of a neighbor who alerted them to the fire.

Officials said someone living near the scene saw the flames and ran to nearby Fire Station 11, which was only two or three blocks away.  Engine 11 immediately responded to the scene, and began the rescue process before a Richmond dispatcher paged them out, according to fire officials.

The people living in a neighboring row house was also displaced because of fire damage.  Fire investigators are currently looking into the cause of the fire; however, it appears most of the flames came from the second story of the home, officials said.

Richmond police detectives are working with fire investigators to  determine if any criminal acts were committed. 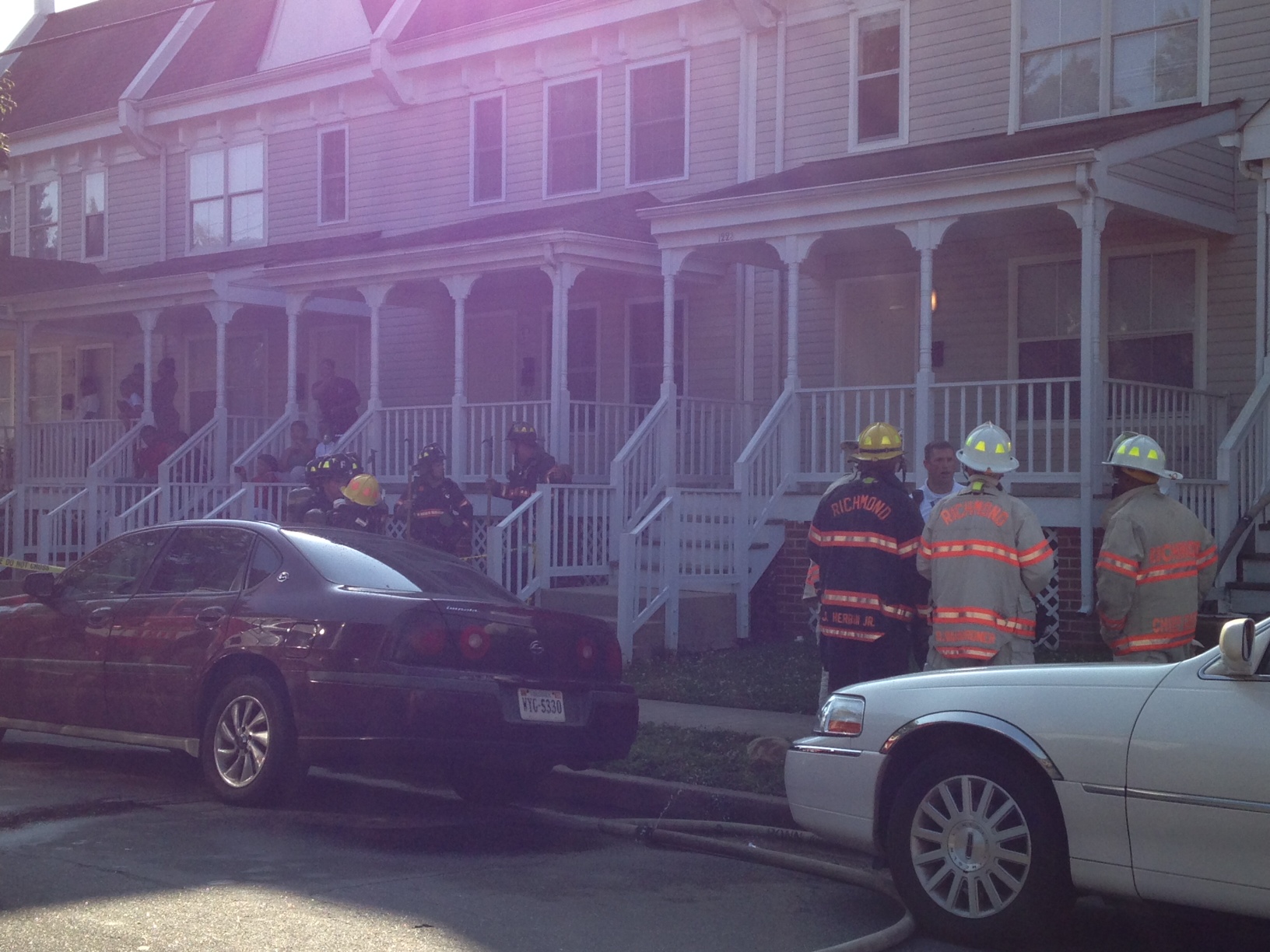