Trailer-hitch pummels car, flies through windshield on I-95

RICHMOND, Va. (WTVR) - A Henrico man said he could have been killed after a trailer hitch flew through his car windshield, slammed into his steering wheel and came to rest next to him in the front seat.

Patterson said he was driving home from visiting family when he noticed the car in front of him hit something in the road. A moment later, the trailer hitch crashed into his car.

“It could've hit me right in the face. I wouldn't be standing here. It's really wild. I can't... I was just awe struck sitting on the side of the road,” says Patterson.

Patterson said once his brain processed what had happened, he pulled over and called for help. He said he snapped these few pictures before his 2007 Toyota Yarius was towed away. 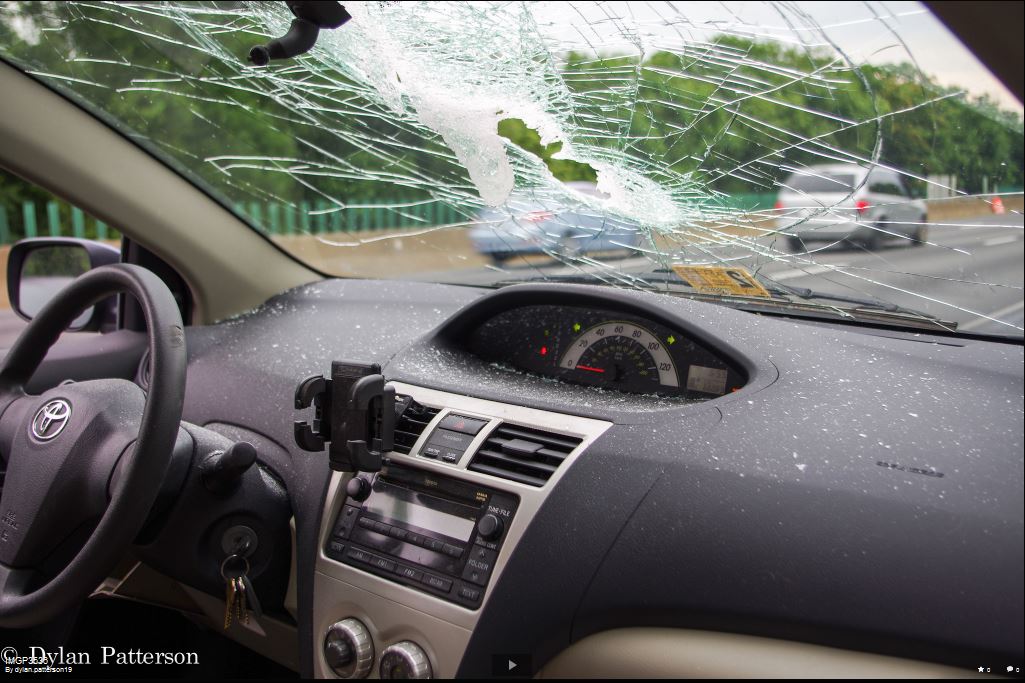 At the auto shop, mechanics are in awe by what happened as well. “I have to say, this is probably the first time I’ve actually seen something go through the windshield. I’ve seen deer that will come up and land on the windshield, but, you generally don’t see things go through them,” says Andrew Sobrito, body shop manager.

The car suffered a punctuated hood, busted windshield and steering wheel damage. Patterson walked away with minor cuts to his face, arms and legs.

Patterson said the trailer hitch didn't just impact his windshield, but he also hopes it impacts the lives of chronically distracted drivers. He says, this shows, you must keep your eyes on the road at all times and he believes having that one extra second to react, made all the difference.

“If I had been doing anything with my phone, I might not be here. I'm glad I wasn't messing with it or anything,” says Patterson.

He said he plans to take the hitch and mount it for display in his home.