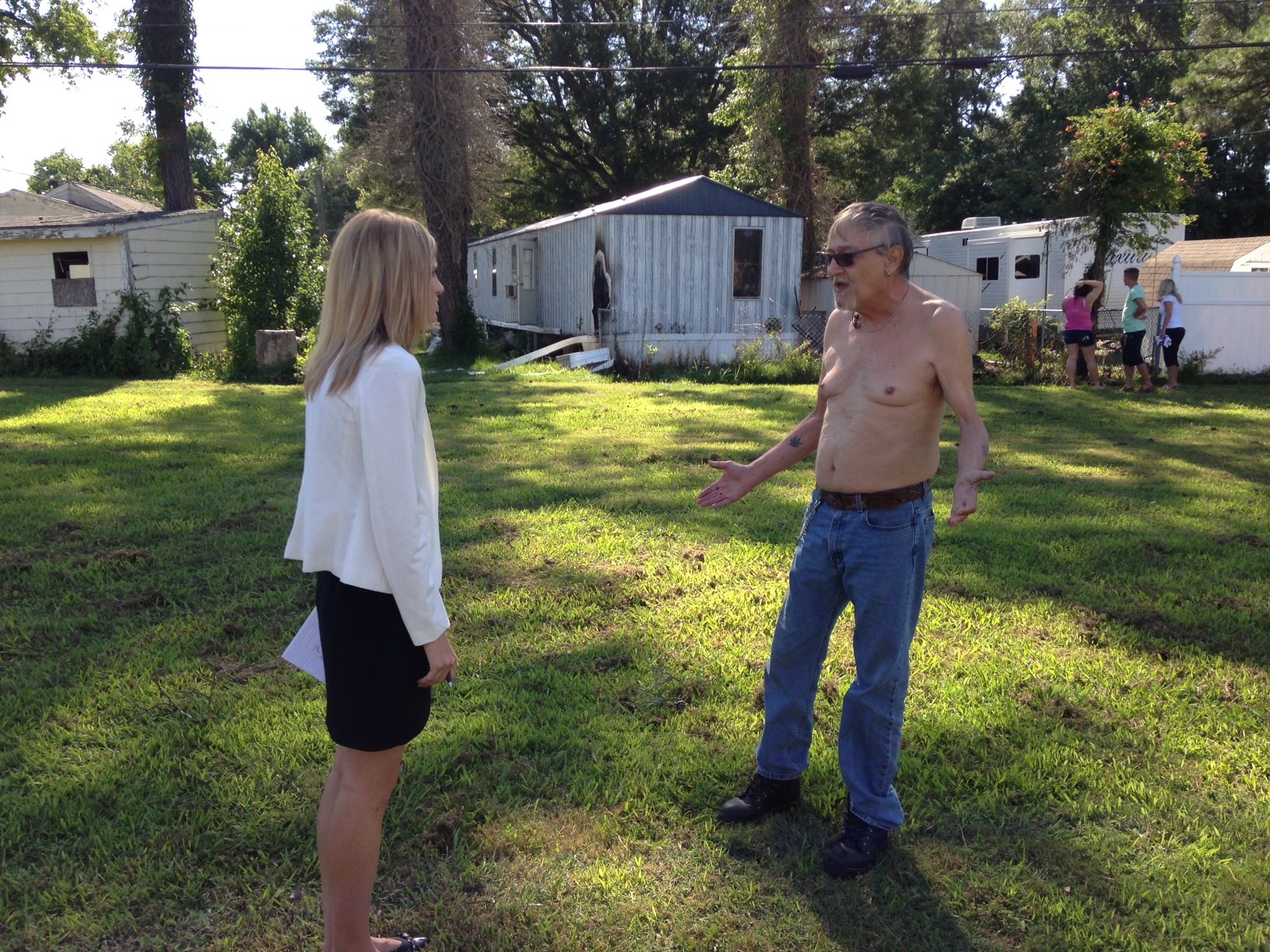 Chesterfield Fire and EMS spokesman Lt. Jason Elmore said that two mobile homes had caught fire in the 400 block of E. Hundred Road after a report of a tree on a power line. Investigators think that tree may have sparked the fire.

"It appeared to be a restoring of the power from the power line that was down, and several of these mobile homes were actually energized at that point," said Lt. Elmore.

CBS 6 asked Dominion Power why the power was restored when a tree was still down on a power line.

David Botkins, a spokesperson for Dominion Virginia Power said they are looking into the matter to get to the bottom of everything.

"We're not exactly sure what happened or why it happened. We're conducting an investigation to find out," said Botkins.

Kenneth Hopkins and his family lived in the mobile home that caught fire.

"We have nothing now," he said.

Hopkins says along with losing important belongings, his dog was killed because of the fire.

Botkins said their thoughts and prayers are with the family. He said Dominion will be assisting the family with shelter and partnering up with the American Red Cross.

Incident on E Hundred Rd is under control

Stay with WTVR.com for updates on this story.