(CNN) — It’s typical for high school students to encourage their classmates in competition with “you guys are going to win.”

What makes it different in the case of Carmel, New York, High School seniors Dylan Meehan and Bradley Taylor is what they won: the superlative of “Cutest Couple,” as highlighted in the school yearbook.

And until the news went viral, the decision, says Carmel Principal Kevin Carroll, “hasn’t really been a big deal in the school.”

“I thought at this stage as we are now, it shouldn’t be a news event. All the reactions are coming from outside. The yearbooks were distributed Wednesday, and we didn’t get any calls until someone posted it online,” Carroll, whose school is about 65 miles north of New York City, told CNN Tuesday.

Taylor, 17, said he sees the honor as a great achievement and a turning point for their school. 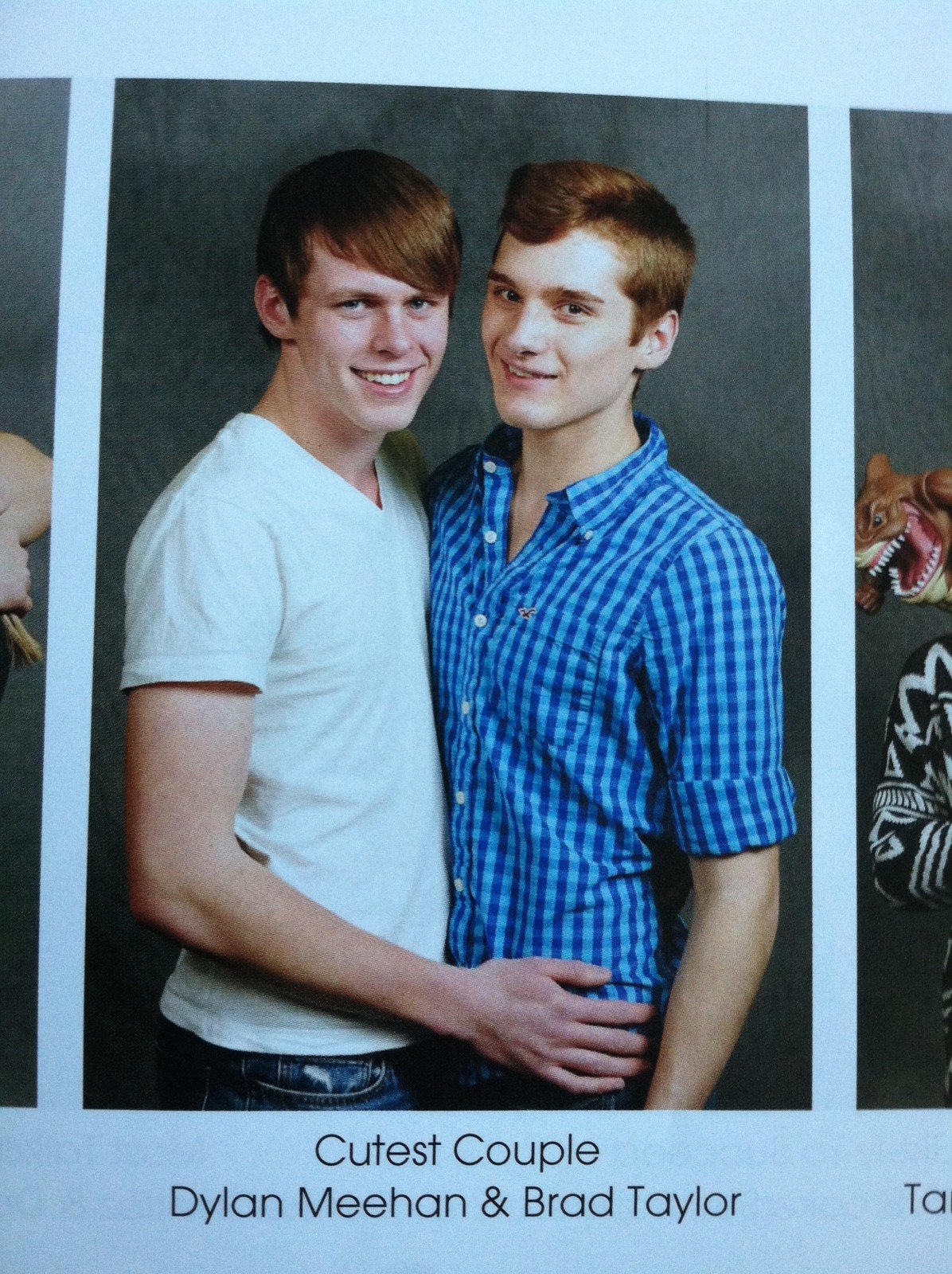 “At first we weren’t able to run because for the title, they were only allowed to pick a boy and a girl,” he told CNN. “But a bunch of our friends made an uproar and they changed it. So now you vote ‘student one’ and ‘student two.’ And I guess a lot of people voted for us and we won. So many people came up to us saying, ‘You guys are going to win.'”

A mutual friend introduced the two last year during a Brown University visit. Later on, they started dating.

“I came out to my family a week or two after I started dating Brad,” said Meehan, 18. “He was the one encouraging me to come out to them.”

“I feel like both of our families always knew but I told my parents a month before we started dating,” said Taylor.

Taylor’s father, Robert Taylor, agreed with Principal Carroll in saying that in this day, it should be no surprise that a gay couple won the “Cutest Couple” title.

“I think of it as any other normal day. He won. OK. Lots of people win ‘Cutest Couple,'” said the elder Taylor.

“Back in the day it was different races being together, so for me it shouldn’t be anything,” Robert Taylor said. “He’s very excited that he won.”

Bradley Taylor, who has participated in plays at his school, and at a community theater, received a full scholarship to the New York University Gallatin School of Individualized Study. Meehan also will enroll at NYU’s Gallatin in the fall.

Chelsea Blaney, another of their friends, posted their yearbook photo together on Tumblr, and said she got resoundingly positive reactions.

“Two of my best friends won Cutest Couple of our senior class,” Blaney said on her Tumblr account. “First time in my school history a same sex couple has even been able to run for this category, not to mention winning it. So proud of them, and my school,” she added.