Near record-length copperhead thwarted by black lab, dad with a hoe 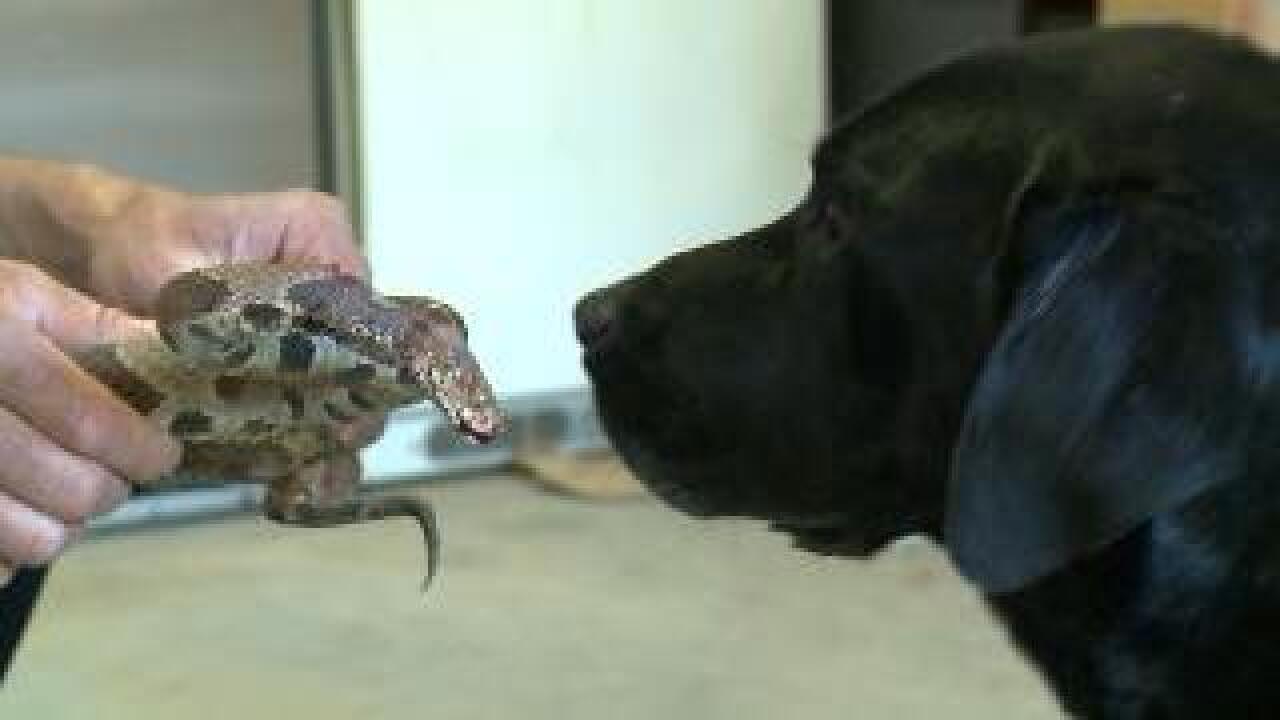 Draper Carlton of West Point knew the one he saw coiled up by his four-year-old daughter’s bare leg Tuesday had to be close to that.

“I thought, ‘Oh my gosh, that’s the biggest copperhead I’ve ever seen.’”

He was also thinking how he could get to his daughter, who was cornered by the snake in their garage.

The family’s black lab, Bailey, had alerted the family that something seriously wrong was going on in the garage.

“He was barking and growling like I’ve never seen him do before,” said Abbi Carlton.

Draper Carlton jumped onto a table between him and the snake and his daughter, Lainee. It collapsed under him, but he was able to grab his daughter and set her atop a stack of boxed sinks ready for the new house they’re getting ready to build.

“My adrenaline was pumping,” he said. The snake was definitely in striking position, looking very dangerous, he said. “Like a loaded gun.”

Abbi brought him a hoe, and after a stare-down with the snake, he saw an opening and struck before the coiled snake could.

It’s definitely a copperhead. You can see the coloration, the triangular-shaped head and the vertical pupils in our video.

Draper Carlton put the snake in the freezer so it could be stuffed later. It was still a little frozen when we visited, but once it thawed out, we checked it for length: 44 inches.

So Bailey the black lab is a big hero. “He’s get some extra treats,” Abbi Carlton said.

And Abbi said her husband his pretty special, too. “Today is our eighth wedding anniversary,” she added.

Copperheads are plentiful, and plenty dangerous, but there hasn’t been a documented fatality in Virginia, the third busiest state for copperhead bites, after North Carolina and Texas.

The Carltons are very happy no one got bit. Lainee and her little brother had been playing in the garage, and Draper Calton had been cleaning and organizing his workbenches. He’s thinking the copperhead had been within striking distance for hours.