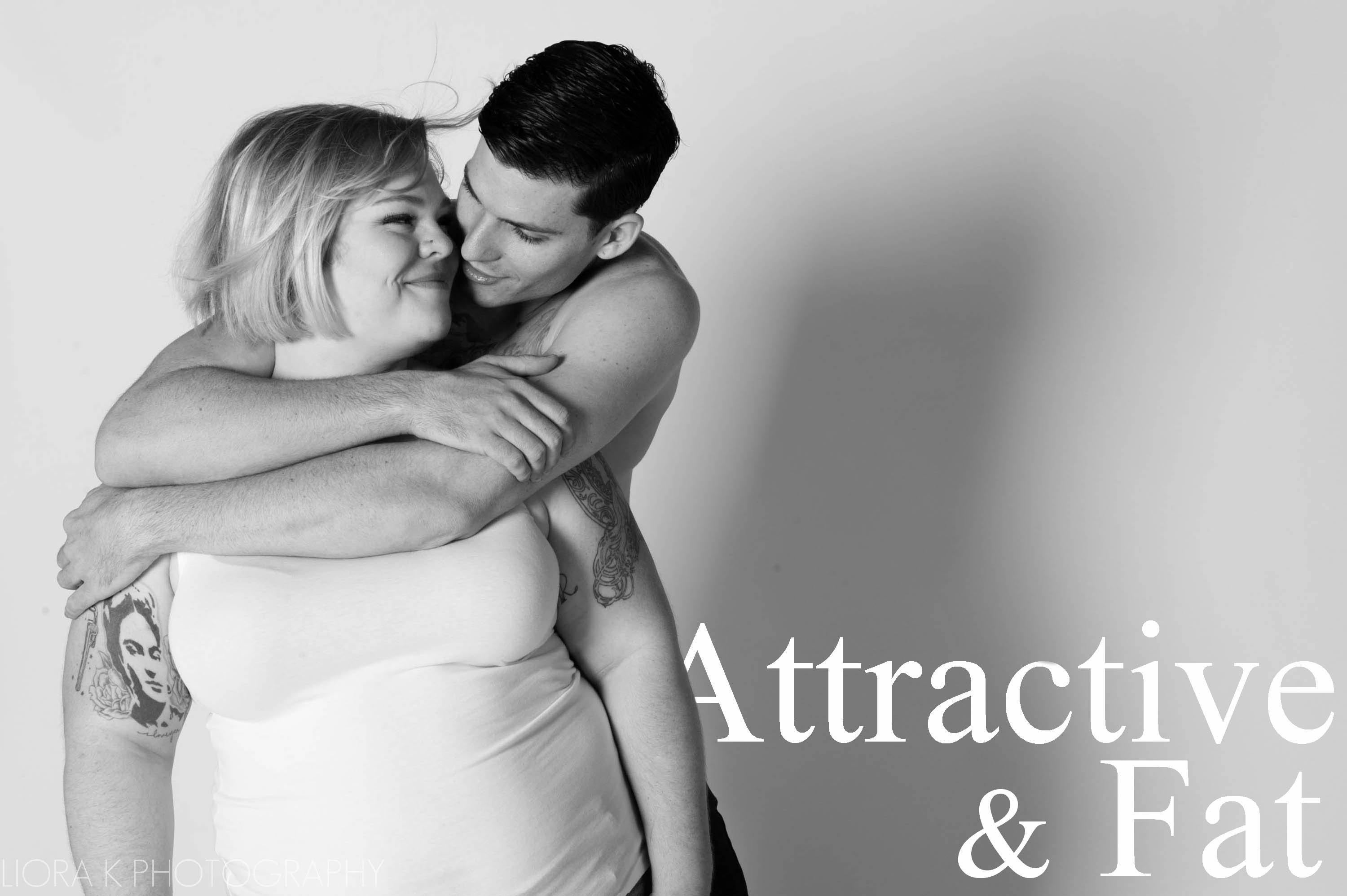 Baker, who blogs under the name “The Militant Baker” and wears a size 22, changed the brand’s A&F logo to “Attractive & Fat” in a mock, black-and-white Abercrombie ad to challenge the line’s branding efforts.

The photos come as a provocative response to contentious comments Abercrombie CEO Mike Jeffries made in a 2006 Salon article about the multibillion-dollar brand’s target audience.

“In every school there are the cool and popular kids, and then there are the not-so-cool kids,” Jeffries said. “Candidly, we go after the cool kids. We go after the attractive all-American kid with a great attitude and a lot of friends. A lot of people don’t belong [in our clothes], and they can’t belong. Are we exclusionary? Absolutely.”

The divisive remarks resurfaced earlier this month after a series of protests went viral, from Greg Karber’s video of himself giving homeless people Abercrombie clothing to a Change.org petition for larger sizes by a teenage eating disorder survivor.

The plus-size community particularly took umbrage to the CEO’s business model because the retailer currently does not offer clothes above size 10 or large for women.

“I challenge the separation of attractive and fat, and I assert that they are compatible regardless of what you believe,” Baker, 26, wrote in a public letter addressed to the CEO.

Jeffries has since apologized in a statement: “While I believe this 7-year-old, resurrected quote has been taken out of context, I sincerely regret that my choice of words was interpreted in a manner that has caused offense.”

Baker spoke to CNN about Jeffries’ comments and her motivations to address them. The interview has been edited for clarity and brevity.

CNN: You start your letter with a preface that Jeffries’ opinion “isn’t shocking; millions share the same sentiment.” The comments are from 2006 — what motivated you to act on them?

Jes Baker: It really wasn’t upset or outrage at all. I’ve been an art major for the majority of my academic life, and so I am always trying to find opportunities to do something artistic.

I just thought we don’t see the juxtaposition of typical and atypical bodies in advertising specifically. Since I am a woman and I am fat and that’s what I have to work with, I wanted to show that contrast by finding a male model.

Really, it just came because I wanted to not be angry about it. I wanted to not say, “This is an outrage, I’ve never heard of this before,” but say, “OK, well, look at this. Look at how awesome this is.”

And, I think when you’re talking about really serious subjects, and this is kind of serious, it’s important to be a little bit cheeky and pull in a little bit of humor so that it’s approachable — and it worked.

CNN: In your letter, you credit Jeffries with creating “an incredible opportunity for social change.” What did you mean by that?

Baker: In the body-positive world, which is still a subculture, fashion for fat people — what they call “fatshion” — is a really big political statement. So is the concept of, for example, a fat person walking around wearing cut-off shorts and not apologizing for their body being so observable.

CNN: Have you always been comfortable in your own body?

Baker: No, no, no. I think of all of us, to some certain extent, feel the same things. I was crippled from shame my entire life. Only in this last year have I been so dedicated to this journey of learning how to survive bad days and find wanted days. If anyone tells you they have 100% good days, they’re probably lying.

I have 26 years to undo and rewire and I’m still working on it, but it’s definitely a very conscious decision. And writing has really helped, as well.

CNN: The response has obviously been huge.

Baker: It’s wonderful. I’m sure there are negatives, but for every negative, there are 20 positives.

The most powerful part is saying there is a reality that you can exist in where you’re OK, and it doesn’t make you gullible or delusional, it makes you strong.

For a lot of people, it’s just a light bulb. I know I had one where I said “What? I don’t have to live in self-loathing for the rest of my life?”

People are entertaining the idea that maybe there is a piece of self-worth for them out there somewhere. And once it starts, it grows.

CNN: Let’s talk about the actual photo shoot. Were you nervous?

Baker: I had never met the model until that day. I credit the majority of this to the photographer, Liora, because she really made it come to life.

He was the most genuine, down-to-earth person. It was so much fun.

In the beginning, I was nervous, but mostly because I had never modeled with other people. I have done solo fashion modeling, but never with another person and never in a sexual manner — so it was a really interesting experiment.

CNN: Have you heard from Jeffries or Abercrombie & Fitch?

Baker: No, I didn’t write this letter technically for them. I like to not invest a lot of my time in people who are dedicated to misunderstanding me. What I wanted to do is reach women who look and feel like me. We never see this pairing; we never see a fat woman in a positive light. I want to empower the individual woman.

When Mike Jeffries is gone, there’s going to be another company. It’s not about the extra-large shirts at Abercrombie; it’s about teaching the world that everybody is equal in value.