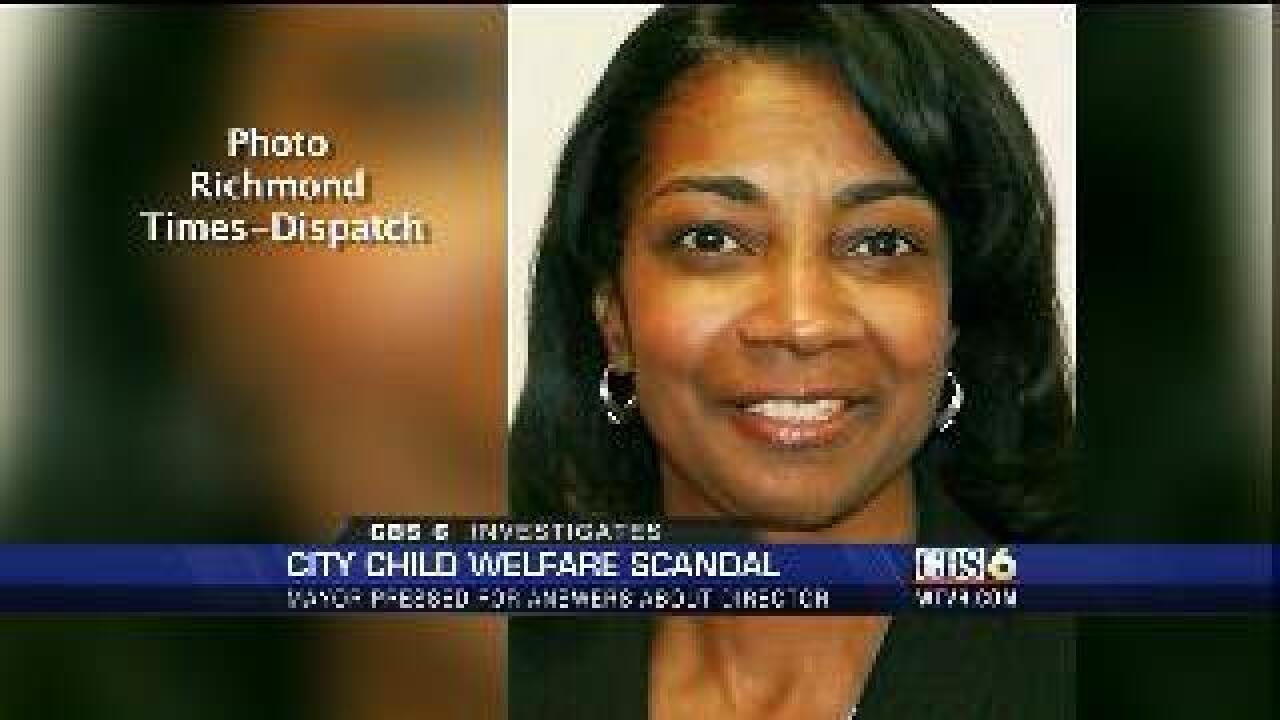 RICHMOND, Va. (WTVR)--It's been a week since Mayor Dwight Jones told CBS 6 he was taking immediate corrective action to repair the city's Department of Social Services, an agency under heavy fire for returning children to abusive homes.

"I'm sure that it's going to happen imminently," said Mayor Dwight Jones at an event Thursday.

What was said to be imminent Thursday also seemed so last week when the Mayor announced he had asked for and accepted the retirement of DSS Director Doris Moseley. Thursday the Mayor was asked if he felt his actions were immediate enough.

"We announced her retirement and the termination of the director," he said.

On Tuesday after DSS staff members told us Moseley was still working, we tried to catch up with the Director as she was leaving the office, but she dodged our questions. The mayor's office told us then that she is still the director until a departure date was firmly set.

"We took immediate action by announcing her retirement so she will very soon no longer be at DSS," said the Mayor.

A short time after we spoke to the mayor Thursday, we learned that more specifics of Moseley's departure had been decided.

Monday an Interim Director will take over the operation.  Deputy Chief Tanya Vincent from the Richmond Police Department will fill the role while the city searches for a replacement. Moseley will be in the office to help with transition, for two weeks.

City councilman Jon Baliles agrees with the decision yet still calls the situation at DSS abominable.

Her last day at the office will be May 31, the mayor’s spokesperson said. It was emphasized that Moseley will remain on the payroll because of unused vacation time, until October 31.