A lightning strike to the church's bell tower is beloved to have sparked the fire.

The sanctuary was built in 1926 with the bell tower being added years later. Over the decades, it has become a fixture in the community.

"Was a copper-colored top with a bell inside,” explained First Baptist Church member Bud Quesinberry. “It was a tradition each Sunday at 11 o'clock as the worship service started that the bell was rung for eleven times."

Cleanup crews on Friday removed wet insulation and wrapped a tarp around the bell tower until it can be repaired or replaced.

Church leaders said they are blessed that the damage was not worse. They credit the nearby fire department with quickly dousing the flames and keeping the fire from spreading.

"One of our assistant chiefs was watching the lightning track on an app that he had,” said West Point Volunteer Firefighter Jonathan Dixon. “And we noticed there was a lightning strike, but before that we heard a loud boom."

Quesinberry said the church was blessed that when the storm hit the firefighters were at the ready.

"I think we're very blessed, under the circumstances could have been a lot worse," First Baptist Church Minister Music Phillip Higgins said.

Fire and water damage is estimated at $75,000, but service is still expected to be held in First Baptist Church sanctuary on Sunday. 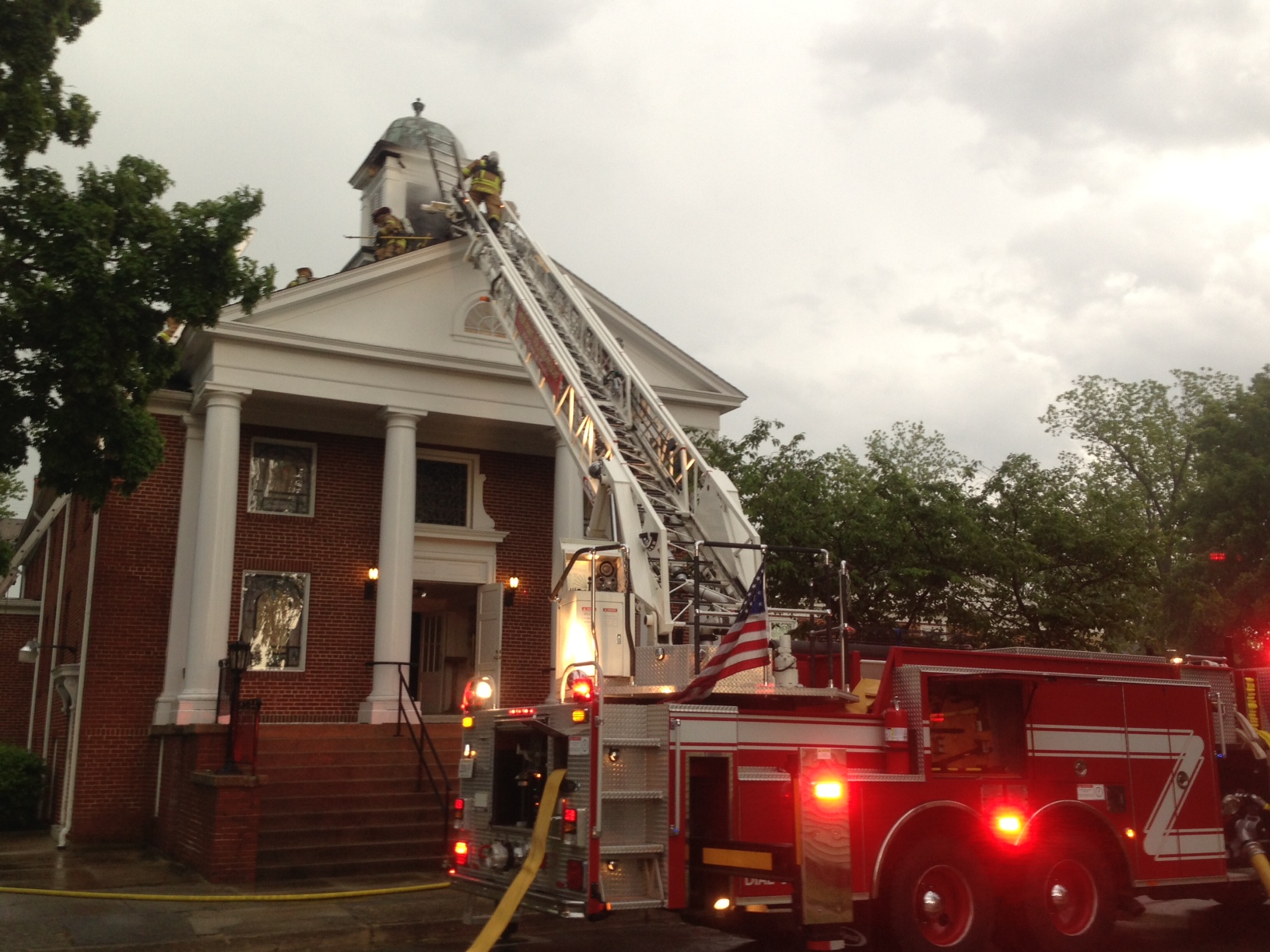