"While Cosby had no fire issues and students were never in danger, students in that classroom were moved to other locations," Cosby principal Dr. Brenda Mayo wrote in an email to parents. "With cleanup currently going on, we will retrieve and return belongings tomorrow for students in the affected classroom."

A Cosby student shot smart phone video of the water spraying out of the sprinkler.

"My first reaction was to get my backpack and my phone and get out of there," the student wrote in an email to CBS 6. "As I was in the hall with the others, people were coming out of the class covered in water."

Students say it caused a domino effect. "All of that water has been stored in the pipes for years and when it came out it was rusty and disgusting. It caused the other sprinklers in the hallways to go off. There were 2 to 3 inches of water on the ground" Chase Ginther said. 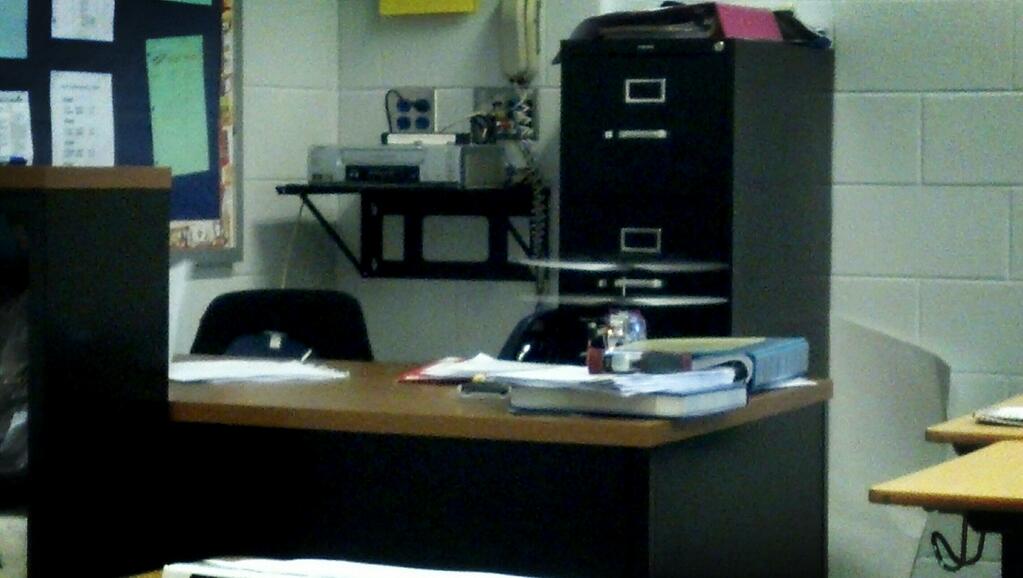 Ginther told CBS 6 News that many students called their parents to come and pick them up. He also said the stunt happened at a very tricky time.

"I was lucky because I was all done with my AP test, but there was an AP test this morning for other students. It was definitely a disruption. I heard some kids who were taking the SOLs will have to take SOLs over"

Chesterfield Schools spokesman Shawn Smith said they notified the Virginia Department of Education and the College Board about the testing disruption.

As for damage amounts, he says they are still working on that. Risk Management workers will determine who will be responsible for paying for the high-flying stunt.