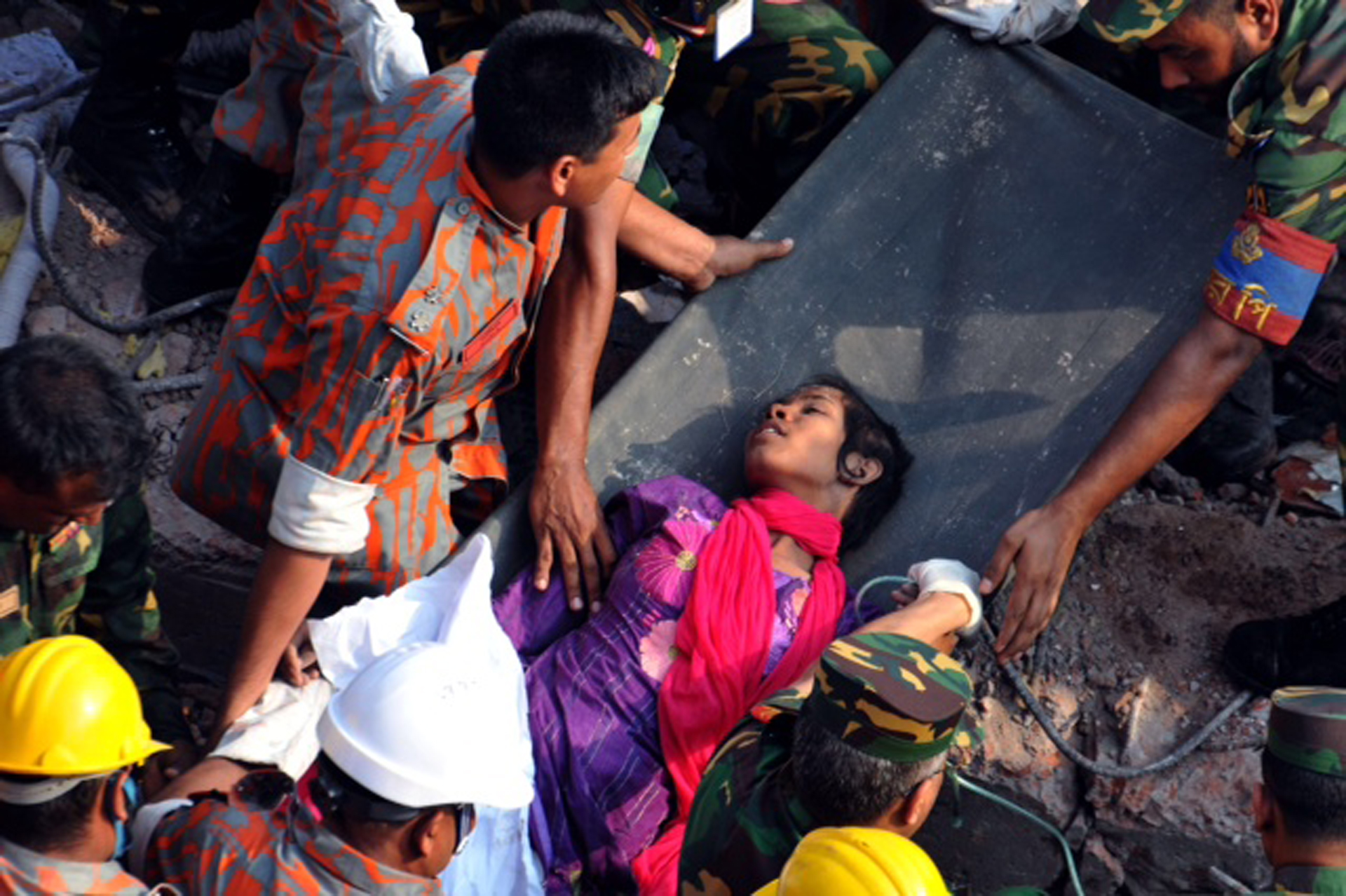 The company’s announcement prompted a flood of international brands to also join in. Spanish brand Zara’s parent company Inditex, Calvin Klein and Tommy Hilfiger owner PVH, along with Dutch retailer C&A and British retailer Primark all signed the agreement that promises to overhaul the way health and safety is monitored in Bangladesh.

The agreement comes in the wake of the deadly Bangladesh factory building collapse that killed more than 1,100 workers three weeks ago. Since then, companies that source goods from Bangladesh have been under immense pressure to take action to prevent such tragedies.

The five-year plan calls for independent safety inspections and for companies to publicly report the findings. It is backed by IndustriALL Global Union and UNI Global Union, which represent workers in 140 countries. It also requires retailers to help finance fire safety and building improvements in factories they work with.

Companies who sign on will have to terminate business with any factory that refuses to make necessary safety upgrades.

PVH, the only American company to sign the pact, said it will commit up to $2.5 million to underwrite the program, and C&A is pledging 5 million euros, or $6.5 million. H&M and Inditex wouldn’t say how much they plan to give.

Labor experts said the agreement paves the way for meaningful changes in a way that hasn’t been done before. While most major retailers already have safety standards and monitoring protocols for their factories in place, there has been virtually no transparency about the process.

Companies like Wal-Mart, Sears, J.C. Penney, Gap, Joe Fresh and Benetton all say that they conduct safety audits and enforce standards. But inspections are conducted by auditors they hire, and the results are never made public. None of these companies have signed on to the agreement yet.

“We shouldn’t have to wait to find out after a factory collapses if one of the retailers we buy from is making clothes in a death trap,” said Liana Foxvog, director of organizing and communications for the International Labor Rights Forum, an advocacy group that worked to create a similar agreement.

Transparency hasn’t been the only obstacle in the way of getting a full picture of conditions where clothes are made. Another big issue has been auditors, who are directly hired by the companies, creating a conflict of interest. To avoid disappointing the company who hire them, inspectors don’t always report everything they find in order to stay in a company’s good graces and retain business.

That’s what labor rights consultant Abdulrauf Shaikh found when he conducted audits at factories in Pakistan.

Shaikh said that he would find overcrowded factories with locked fire exits and people working for three days straight. But when he reported the violations, his bosses ignored them.

“The certification bodies were passing factories through inspections, getting their fees and ignoring whatever I found,” he said.

Foxvog of the international labor group said the latest plan addresses these concerns. She believes other companies will feel the pressure to take a similar “big step.”

Already calls to improve safety have gotten louder, from online forums to the government.

Nearly a million people have signed an international online petition that urges companies to make commitments to change like this. Outraged shoppers have blasted companies on their social media sites for not taking action.

The European Union threatened to limit Bangladesh’s duty-free trade access if it doesn’t clean up its act.

And in Washington, last week Rep. George Miller, a Democrat from California, said on the House floor that there is a greater role for the U.S. government and major brands to play in cleaning up safety conditions.

“It is now time for the major U.S. corporations like the Gap, Wal-Mart and J.C. Penny to join [the efforts],” he said.

Miller applauded the companies who signed the agreement on Monday, and had harsh words for those who didn’t.

“These companies’ continued absence in joining this agreement is inexcusable [and]…shows a callous indifference to the death and suffering of their de facto employees in Bangladesh.”

Most large U.S. retailers aren’t jumping in. A Wal-Mart spokesman said the world’s largest retailer had nothing to announce right now. A spokeswoman for Joe Fresh said it is “reviewing” the plan. Sears said it is “assessing” the agreement and will decide “whether this is the best opportunity…to work collaboratively with other industry groups and retailers on addressing safety standards in Bangladesh.”

J.C. Penney and Benetton did not respond to requests for comment.

Companies have until May 15 to sign onto the agreement.