Suspect’s uncle: ‘No one had any idea’ women held in nephew’s home

(CNN) — Neighbors saw Ariel Castro on a daily basis. They sat on the porch of his two-story home, ate ribs with him and asked about the little girl who took walks with him.

Yet, there was nothing about their interactions with Castro that prepared them for the shocking allegations that he was holding three young women against their will in his home.

A daring escape by one of the captives — who had disappeared a decade ago — led to the rescue of the two others.

Amanda Berry, Georgina “Gina” DeJesus and Michelle Knight were freed Monday night after Berry attracted the attention of a neighbor who helped her escape. A 6-year-old girl that police said is believed to be Berry’s daughter also was freed.

Police arrested Ariel Castro, who owns the home, and two of his brothers, Pedro and Onil Castro. Charges against them are pending. 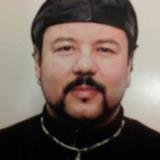 ‘Never in a million years’

Elation followed the discovery of the three women, alive, after so many years. But immediately the question arose: How did the three women in the Cleveland home go unnoticed?

Ariel Castro, 52, was a school bus driver and musician, his family said. While some called him a talented bassist with an outgoing personality, his uncle described him as withdrawn.

The uncle, Julio Castro, said Ariel isolated himself from his extended family after his father died in 2004. The uncle lives just half a block from the house where the women were rescued, but had not spoken to Ariel in years.

On Monday, he saw a commotion down the street and walked over there, where police told him about the rescue.

His first thought was that it was impossible that his nephew had anything to do with it. But, Julio Castro told CNN en Español, “perhaps, he was the type of person who was living two lives.”

Inside Ariel Castro’s house there were no obvious signs that something was amiss, said Tito DeJesus, who has known Castro for decades and performed with him.

Castro was a “great talent” who was known for his “high spirits, always joking around,” said DeJesus, who said he doesn’t believe he’s related to the rescued woman Gina DeJesus.

“I never would’ve thought in a million years” Castro was holding the women, he said.

DeJesus went inside Ariel Castro’s home once, to help move some appliances, and saw what he called a musician’s home: a place where instruments were set up like furniture.

Gina DeJesus was reported missing in 2004, when she was only 14. That she could have been a captive in Ariel Castro’s home is strange because her family was close with the some of the Castro family.

Julio Castro, the uncle, said he grew up with Gina’s mother — “like siblings” — and helped raise money for the family after the teenager disappeared. The uncle was close enough to the family that he gave them money to help make ends meet.

“No one had any idea. It was a big surprise,” the uncle said.

Ariel Castro was born in Puerto Rico and moved to Ohio as a child, the uncle said.

“We see this dude every day. I’ve been here a year. I barbecued with this dude. We eat ribs and listen to salsa music,” Ramsey said.

Still, there were some moments that didn’t sit right.

One neighbor, Nina Samoylicz, said that one night two years ago, she and some friends saw a naked woman in Ariel Castro’s backyard. They tried to speak to her, and a man told the woman to get down, she said.

“So we said something to him, (and) he told her to get in the house and he ran behind the cars and got in the house,” Samoylicz said. They called police, but they weren’t taken seriously, she claims.

A week or two after that incident, Castro erected tarps in the backyard to seclude it, she said.

Another neighbor, Israel Lugo, said his sister got a bad vibe from the house and asked him not to let the children play unsupervised nearby. He said he heard yelling in the house in November 2011 and called police to investigate, but they left after no one answered the door.

Lugo said he saw Castro at the park Sunday with a little girl and asked who it was.

“He said it was his girlfriend’s daughter,” Lugo told CNN. Police have not said if this girl was the same one that escaped with Berry from the house.

Police say there is no record of fire or ambulance calls to Ariel Castro’s house. There were no building code violations or complaints, either.

Authorities have records of two visits to the home, Deputy Chief Ed Tomba of the Cleveland Police Department said.

In 2000, Ariel Castro called police to report a fight in the street. No arrests came as a result of his call.

In 2004, police went to the house in relation to a report that Castro had left a child on his school bus at the depot. Police found no criminal intent, Tomba said.

Little was immediately uncovered about the other two brothers who were arrested, Onil and Pedro.

Tito DeJesus said that Ariel Castro mentioned having children sometimes, but it is not clear how big his family is. On his Facebook page, Ariel Castro boasts about the birth of his fifth grandchild.