Scientists modify the herd with ‘Glow in the dark’ sheep 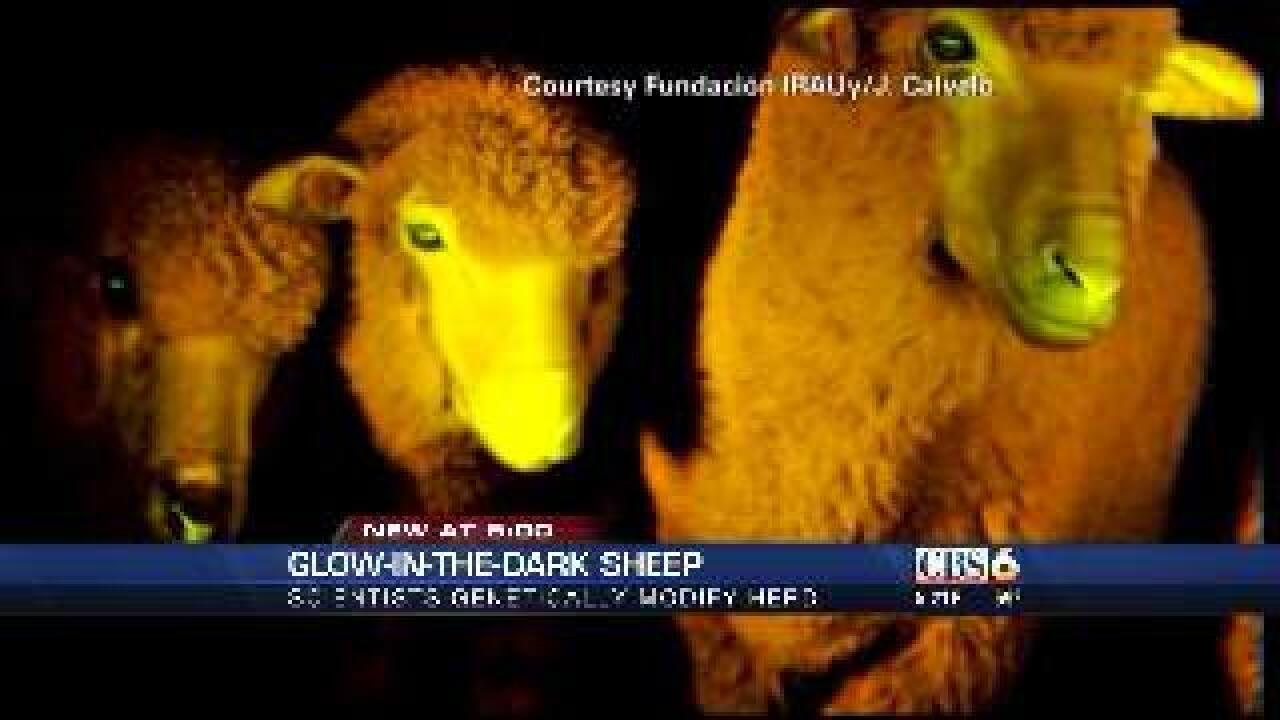 Crossing this herd may cause you to do a double take. This week, scientists in Uruguay announced the births of the first genetically-modified "glow in the dark" sheep.

The nine sheep were born as part of an experiment in October 2012.

Scientists say the sheep developed normally, without showing any other difference from non-modified sheep.

The researchers used a gene that produces a green fluorescent protein in jellyfish, to give the sheep that neon glow.