The FBI's lead investigator in this week's deadly Boston Marathon bombings said authorities have identified two suspects in the attack.

The FBI posted pictures and YouTube video on their site, and asked the public to only use these photos when re-posting. Looped surveillance video captures two suspects the FBI is pursuing in the Boston Marathon bombings that killed three and injured more than 100 others.

The agency was careful to emphasize "possible suspects." 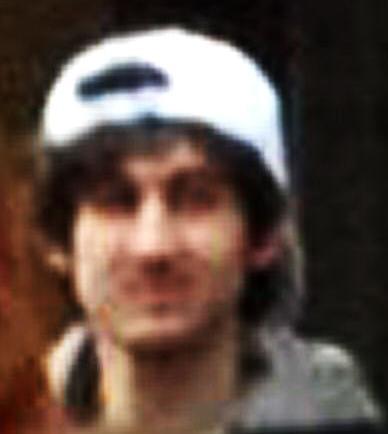 The two men were photographed walking together near the finish line of the marathon before the explosions that killed three people and wounded about 180. One of the two men was seen setting down a backpack at the site of the second explosion "within minutes" of the blast, said Special Agent Rick DesLauriers, the head of the FBI's Boston office.

"Somebody out there knows these individuals as friends, neighbors, co-workers or family members of the suspects," DesLauriers said. "And though it may be difficult, the nation is counting on those with information to come forward and provide it to us."

But he cautioned that the men should be considered armed and "extremely dangerous."

The announcement capped a day in which President Barack Obama brought a mixture of reassurance and defiance to an interfaith memorial service in the city's Cathedral of the Holy Cross. Whoever planted the bombs "picked the wrong city" to attack, he said.

To Provide Tips in the Investigation

If you have visual images, video, and/or details regarding the explosions along the Boston Marathon route and elsewhere, submit them on https://bostonmarathontips.fbi.gov/. No piece of information or detail is too small.