How Richmonders are impacted by Boston Marathon bombings 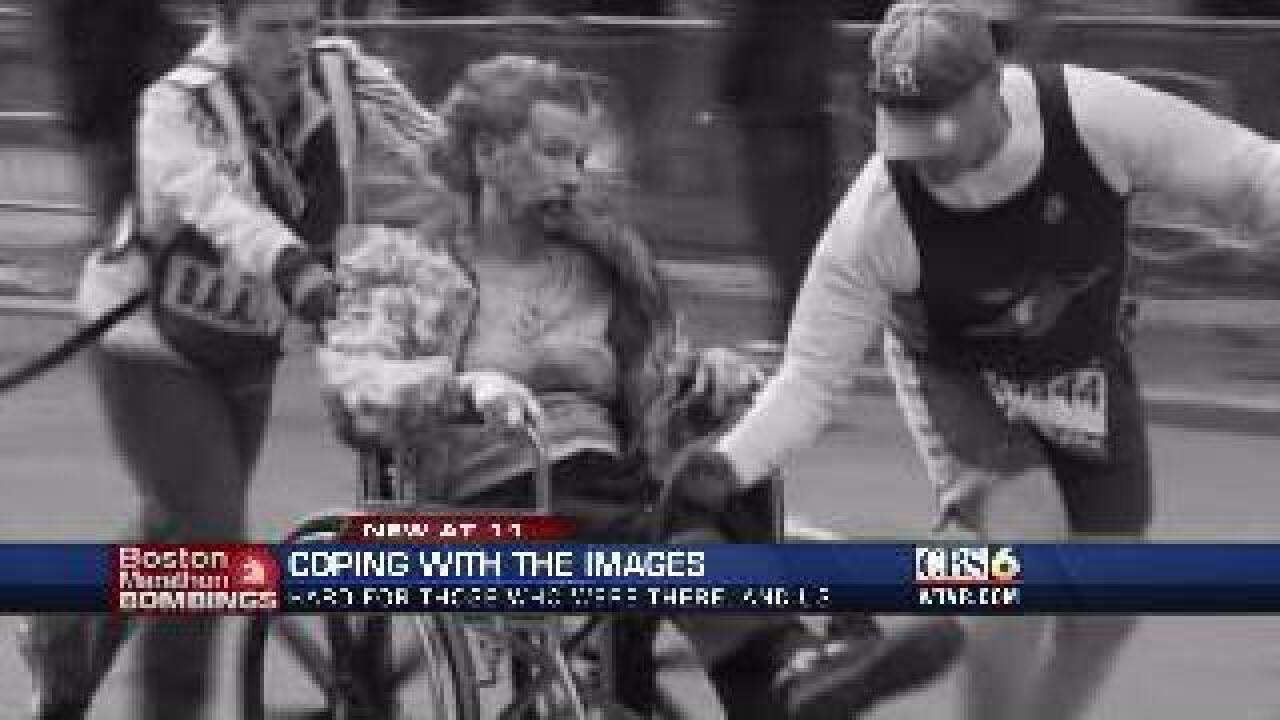 RICHMOND, Va (WTVR) -- Those horrific images will forever be ingrained in the minds of people who were nearby when the bombs went off in Boston.

Richmond resident Kevin Chidwick was walking in the 26.2 mile marathon, but got re-routed to a nearby church just a few miles from the finish line.

“Just sadness is the only word I can use to describe it. It’s an empty, sad feeling that something terrible has occurred here and it's just nothing you can do about it,” says Chidwick.

“Grief only lasts for a short while, unless you just really allow it to overwhelm you,” says Dr. Micah McCreary.

The VCU professor says it will take some time for the people in Boston to recover from Monday’s explosions.

However, interestingly enough, McCreary says those of us who were hundreds of miles away from the blast will have to recover as well.

“A person I spoke with earlier said point-blank, they would feel uncomfortable going to Times Square and other places like that with their children, after these kinds of things have happened,” says McCreary.

McCreary says blame that fear on the era of instant information, making you feel a part of the situation. Gone are the days of a single newspaper photo or short clips of tragedies on TV. Now, you can't escape the images on the tube or the internet.

McCreary says while staying informed, our sense of security is diminished. “It does cause people to question and to guess.”

McCreary says living in fear isn't the right direction to take. Chidwick is taking that advice, with plans to walk again next year.

“I will go back and do it again if I get the chance, I definitely will,” says Chidwick.