Five viral stories about Boston attacks that are not true 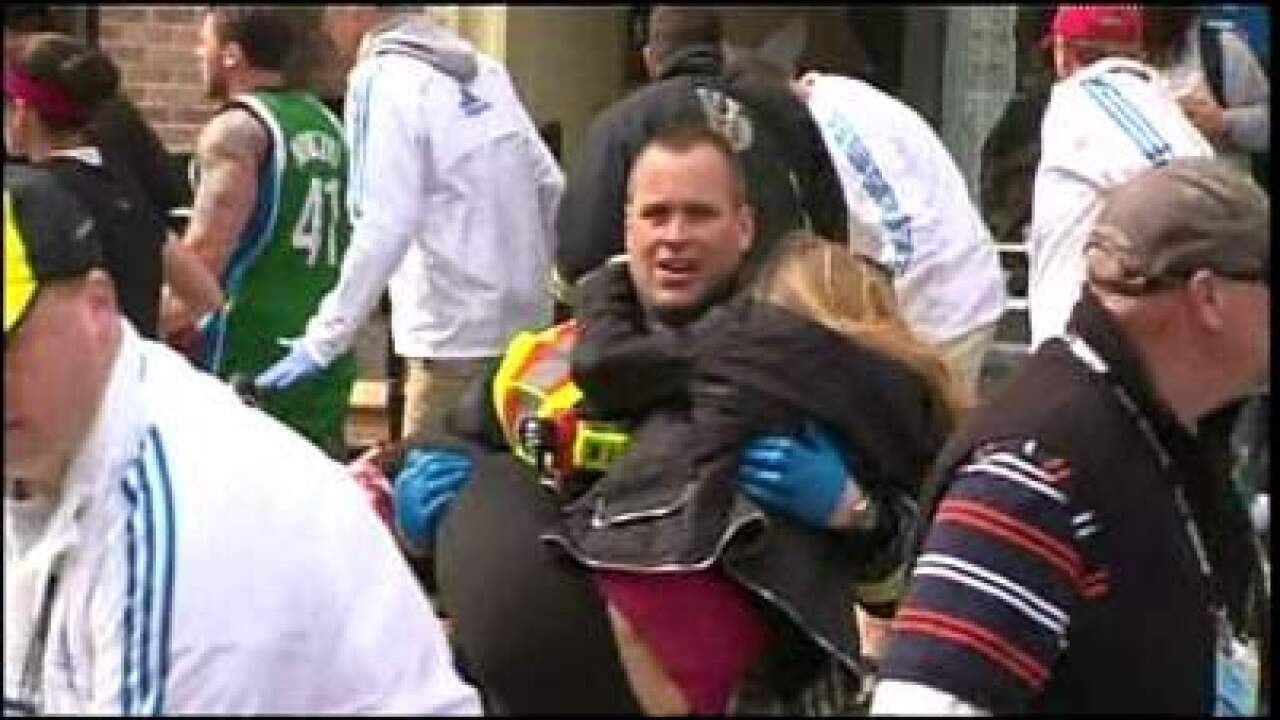 (CNN) — In the aftermath of dramatic events like Monday’s bombing attack at the Boston Marathon, it’s a truth of our times that millions of people will get early bits of news via social media.

To be sure, sites like Twitter and Facebook were used extensively by police, relief groups and governments to share important information about the bombings. But there’s also a more unfortunate side to how the Web responds to sudden bad news.

Sometimes accidentally and sometimes maliciously, false information gets loose. And in the rapid-fire digital echo chamber, it doesn’t take long to spread.

“On days like this, Twitter shows its best & worst: loads of info at huge speed, but often false & sometimes deliberately so,” said Mark Blank-Settle, of the BBC College of Journalism, in a post on the site.

As always, news discovered online (or anywhere else, really) should be double-checked before it’s passed along — especially in times of tragedy.

Here are some of the most widely shared untrue news items we’ve found on social media in the past 24 hours.

Among the many gripping images to emerge from the bombing’s aftermath was one of a man in a red shirt, kneeling on the ground cradling a woman in his arms. It went viral — with a heartbreaking, but fake, story attached.

This Boston Globe photo from the attack’s aftermath went viral, but with a fake story attached to it.

“The man in the red shirt planned to propose to his girlfriend as he crossed the finish line of the Boston Marathon, but she passed away” it reads. “Most of us will never experience this amount of emotional pain.”

The image is, in fact, real. It comes from the Boston Globe and was shared through Getty Images. But the agency’s caption merely describes the scene as a man comforting an injured woman at the finish line.

That didn’t stop it from making the rounds in a big way. A somewhat misleading Facebook account pretending to represent actor Will Ferrell (it calls itself a “parody” but has 385,000 likes) shared the post. By Tuesday morning, the picture had more than 448,000 “likes” and had been shared over 92,000 times.

Another heart-wrenching image of a supposed victim went viral. In this one, a young girl running in a road race is pictured, with text saying she died in one of the blasts. As an added cruel twist, the post says she was “running for the Sandy Hook victims.”

But a quick look at the photo shows that her runner’s bib is from the Joe Cassella 5K in Great Falls, Virginia. Also, the Boston Marathon does not allow runners that young.

On Google+, one of the users who shared the image followed it with “poor little girl..got killed in boston..):” By Tuesday, it had more than 500 comments and had become a “What’s Hot” post on the site — appearing in the feeds of all users who haven’t turned off that feature.

“We would like to clarify that the picture circulating on the web and Twitter of a little girl wearing a Joe Cassella 5K bib claiming to have been killed at the Boston marathon is being used fraudulently,” read the page for the Joe Cassella Foundation. The group raises funds for the families of children who are ill in the Washington area.

Race organizers will donate for retweets

A Twitter account sprouted up under the handle @_BostonMarathon. Posing as the organizers of the race, whoever is behind the account tweeted: “For every retweet we receive we will donate $1 to the #BostonMarathon victims #PrayForBoston.”

By Monday evening, the post had been retweeted more than 50,000 times.

It wasn’t the only Twitter phony. Another widely talked-about account, @Hope4Boston, shared both the image of the 8-year-old girl who supposedly died and a photo of a young boy, running in a race, who was another supposed victim.

Eight-year-old Martin Richard was one of three confirmed fatalities as of Tuesday morning. But he was watching the race, waiting for his father to finish — not running in it.

The “Hope for Boston” account was created on March 24, according to the Web tool When Did You Join Twitter? But account holders are able to change their handles and names on the site.

Reports flew around social media, mainly Twitter, on Monday that police in Boston had shut down cellular networks to prevent an attacker from using a cell phone to detonate another explosive. At least one media report quoted an unnamed source with information to that effect, before later recanting.

In truth, Boston’s wireless network was simply overwhelmed with the volume of calls and other communications in the aftermath of the attack. Service was slow and spotty, but never shut down. Verizon and other mobile carriers confirmed they’d never been contacted by officials asking them to shut off service.

Soon after the bombings, mobile carriers were beefing up their networks in the Boston area. AT&T made its Wi-Fi system publicly available for free to help take the load off traditional phone lines.

We almost hate to even address this stuff. We’ll start with a bottom line: Anyone saying they know what happened at this point is making it up.

But that didn’t stop far-fetched imaginings, often based in political ideology, from flying almost immediately after the attack.

One syndicated talk show host (who won’t be named and whose content won’t be linked here) tweeted that the attacks “stink to high heaven” of a so-called “false flag,” or staged attack. “False flag” is an old naval term that’s come to be used for a military action that’s not what it appears to be.

At least one Web user was ready for this. He registered a website — bostonmarathonconspiracy.com — on Monday. Clicking the link reveals a white page with black text reading:

“I bought this domain to keep some conspiracy theory kook from owning it. Please keep the victims of this event and their families in your thoughts. Thank you.”