By Dana Carlson and Emily Satchell (Special to WTVR.com)

RICHMOND, Va. – The food truck court behind the Virginia Historical Society is back, and the lines at last night’s opening showed how much foodies in Richmond craved for it. On the parking lot behind the museum on Boulevard, 20 vendors served up a great variety of munchies out of their trucks. And they will be back at the location every Tuesday and Friday from 6:00 to 9:00 p.m. until the end of August.

“This is the second go-around,” Andress said, reflecting on last year’s food truck court debut. “Over the winter time, we formulated the organization to make everything more formalized.”

The truck court is made up by a group of craft food vendors who offer their food all over the city during the day and are organized under the umbrella of RVA Street Foodies. Andress said the group is still growing and applications to participate arrive daily.

Locals are invited to sample an assortment of foods while enjoying the outdoor seating and conversations behind the museum. Guests Sam Ulmschneider and Jessica Johnson sampled fare from the Boka Tako Truck and Pizza Tonight.

“I like to see the mix of ages and people,” Ulmschneider said. “It’s good food that’s pretty different than what you get anywhere else.” He added that the affordability and the fresh air is a draw to visit the food court.

“I don’t get to do the food trucks at lunch, so to come out and see the trucks here is nice,” said Johnson, who works in Petersburg.

“I’m really happy that the food trucks are back,” said Paul Levengood, president and CEO of the Virginia Historical Society. “We had a great experience last year, and I am delighted to see people out on the lawn having good food.”

“It’s a great opportunity for us to welcome our neighbors,” said Levengood. “We want to be a neighborhood resource and this is a great way for us to do that.” 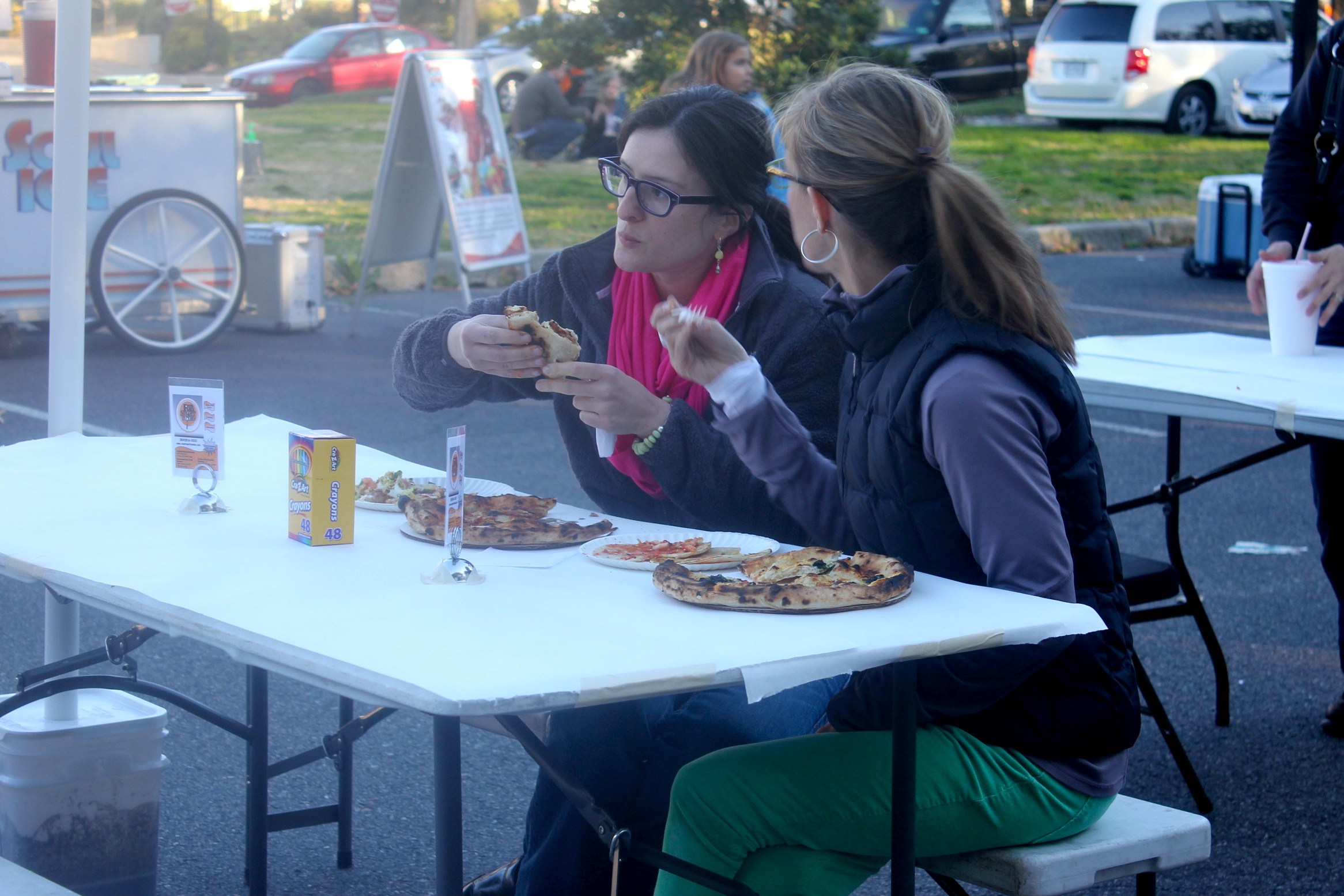 According to Chris Mullenix, who owns tex-mex vendor Chupacabra, RVA Street Foodies provides all of the participating vendors with opportunities

“It brings a lot of people out here in the city,” he said, adding that surrounding restaurants can also benefit from the foot traffic in the area.

Victor Srikusalanukul, owner of the restaurant Moshi Moshi just a few blocks away in Carytown, said he is not worried about competition. “The food trucks make people more active and get people outside,” he said.

When there are three other businesses that serve similar menu items within a mile radius, Srikusalanukul said that competition is already in the area. Supporting any type of local business like the food trucks “is good for Richmond,” he said.

Other restaurants in the area, like the pizzeria Stuzzi, seemed unaffected by the food courts. The restaurant on North Belmont was closed for a private party last night that had the dining space filled.

Just a few blocks away the gastro pub Burger Bach celebrated a busy happy hour with patrons filling the patio area. Restaurant managers declined to comment during dinner rush, but the overall atmosphere in the neighboring Carytown area was not impacted by locals also sampling from the food truck.

“We are getting a lot of support,” said Donald Pike, owner of Curbside Creations. He said that the food truck court has allowed him to get additional exposure for his business. “We are getting jobs by the day … we have a lot going on,” he added.

“Vendors are realizing the benefit of coming together and helping and supporting each other versus being isolated and independent,” said Andress.

While the food trucks are at the Virginia Historical Society every Tuesday and Friday, they also travel to other destinations in the Richmond area, including Hardywood Craft Brewery on Thursdays from 6 to 9 p.m. and the Center of the Universe Brewery  on Wednesday from 6 to 9 p.m.

“Every community supports us,” said Andress. “They each have a different feel for why they come to the market.”

ED: A previous version of this story included information about free gallery walks every Friday at 7 p.m. This information was incorrect.