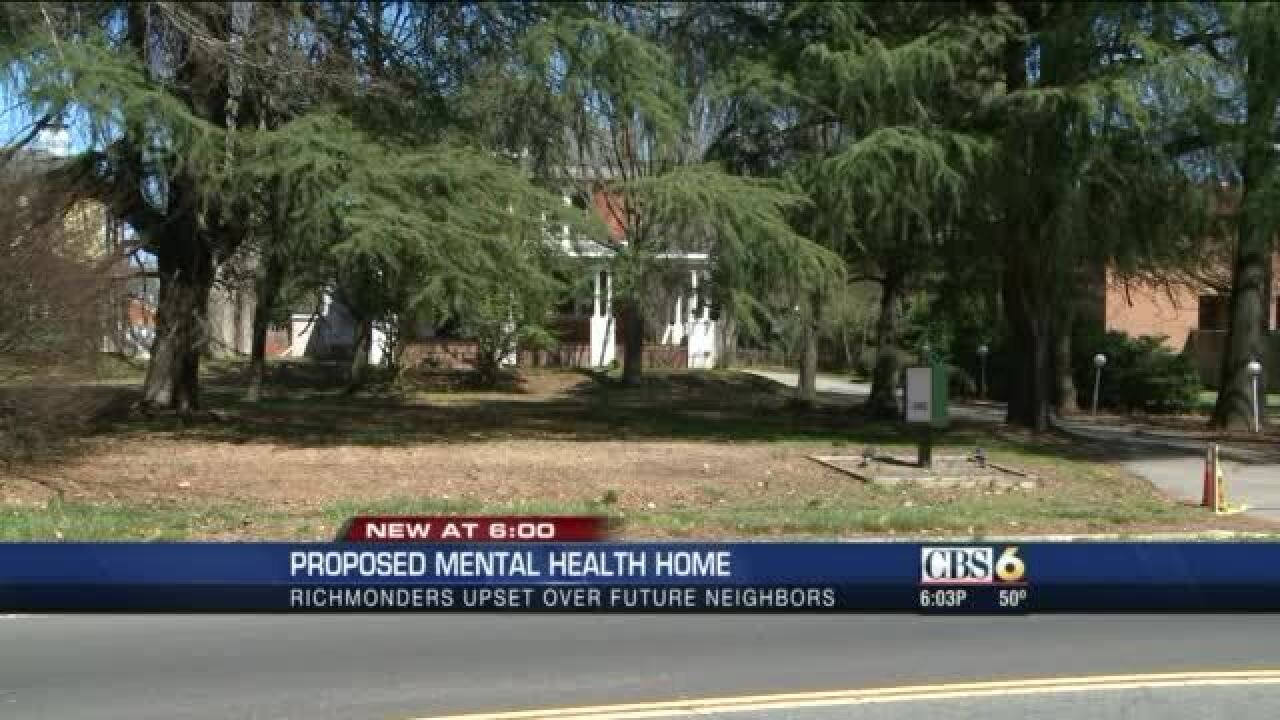 RICHMOND, Va. (WTVR) -- Some Southside homeowners are upset over some neighbors who haven't even moved in yet.

They're not pleased with the news that the Richmond Behavioral Health Authority wants to put a mental health facility on a property it purchased at 4405 Forest Hill Avenue.

There are already two of these mental health facilities called START homes up and running in Charlottesville and in the Blacksburg/Radford area.

It's all part of a settlement between the Commonwealth of Virginia and the Department of Justice. That settlement mandates that five of these transitory homes be placed strategically around the region with residential communities.

Before the property can be used in that way, the RBHA has to secure a special use permit from the City of Richmond, which they are in the process of doing that now.

If it is granted, then the Richmond City Council would have to approve it.

There's quite a buzz going on around the Forest Hill and Westover Hills communities about the proposed START home.

CEO of the Richmond Behavioral Health Authority Jack Lanier tells CBS 6 the plan is to renovate the home and turn it into a six bed transitory home for those with intellectual and developmental disabilities. It would be a place that the clients would stay for up to 30 days.

Kwailie Knight admits she's more than a little nervous for the 78-year-old woman she takes care of who lives nearby.

Knight, and other neighbors say they're concerned about the clients causing problems in the neighborhood.

Others,  like Bobby Hudson , say they know the clients must go somewhere to get the services.

"If it suits people and they get the help they need to get on their feet and it allows them to carry on with their lives, then I think it's good," Hudson said.

Additionally, he says that highly trained professionals will be in place, such as nurses and board certified psychiatrists.

Lanier says the money to pay for this project comes from the state. About $1 million will go into the building and after it's up and running, they have a $2 million operating budget.

He says they plan to be good neighbors and they're working to win the support of homeowners in the area.

Lanier says since this is a mandate from the Dept. of Justice, the facility must go up somewhere in the Richmond area. If this site isn't approved, then they have their eyes on a few other backup sites.

The remaining START homes will be located in Fairfax and in the Newport News/Hampton area.

Depend on CBS 6 News and WTVR.com for updates on when the city makes a decision.