HOLMBERG: 150 years ago, dozens of girls killed in munitions blast that shifted winds of war 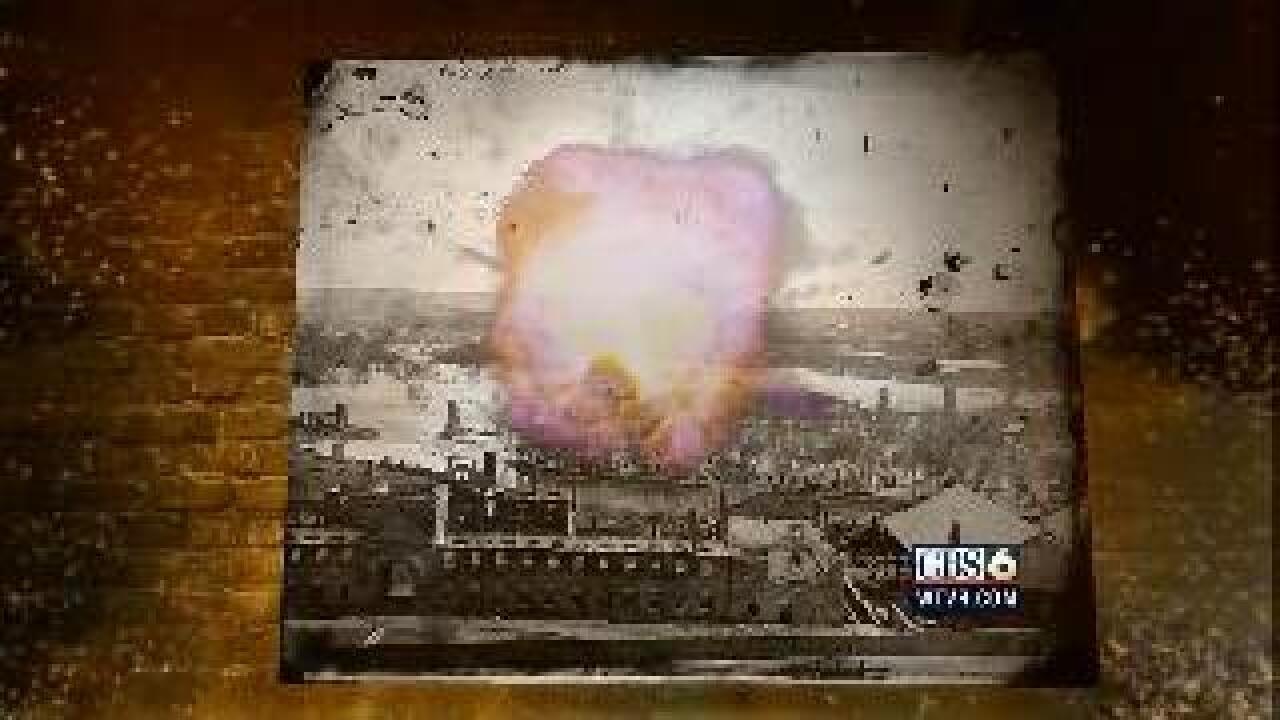 RICHMOND, Va. (WTVR) - A long overdue historical marker was unveiled near the banks of the James River in Richmond Wednesday, the 150th  anniversary of one of the worst industrial accidents in U.S. history.

Dozens of girls – many of them young Irish immigrants - died during the chain-reaction explosion at the Confederate State Laboratory munitions factory on Brown’s Island  on March 13, 1863 – Friday the 13th. As many as 50 died.

Not only was it a horror locally, some believe the terrible blast shifted the winds of war.

Some of the victims were as young as 11, assembling or disassembling percussion caps, friction primers, signal lights, rockets, all things explosive for the southern cause. The men were off fighting, so it was up to women and children to make the munitions.

One of the older workers, Mary Ryan, was banging the primer cap out of a big field cartridge when it exploded, blasting her to the ceiling and setting off the disaster. She lived long enough to take the blame before she died in her father’s house in Oregon Hill.

The plant had been on 7th Street on the shoulder of the city overlooking the James River. After a number of explosions, they moved the plant to Brown’s Island – to isolate it so it wouldn’t burn down the city.  They hired 300 young girls to do the work. It was a well-run operation until it ended.

Civil War historian Mike Gorman (Civil War Richmond http://www.mdgorman.com/ ) believes the replacement munitions that had to be rushed from out of state were unfamiliar to the artillery troops, contributing to crucial battle losses.

Some of the girls were buried together, including four girls who were friends in life who ended  up in Shockoe Hill Cemetery. This Sunday at 1 p.m., there will be a celebration of their lives, and at least 10 other victims known to be buried there, along with the unveiling of a new marker for their graves. There will be music and a St. Patrick’s Day celebration as well.