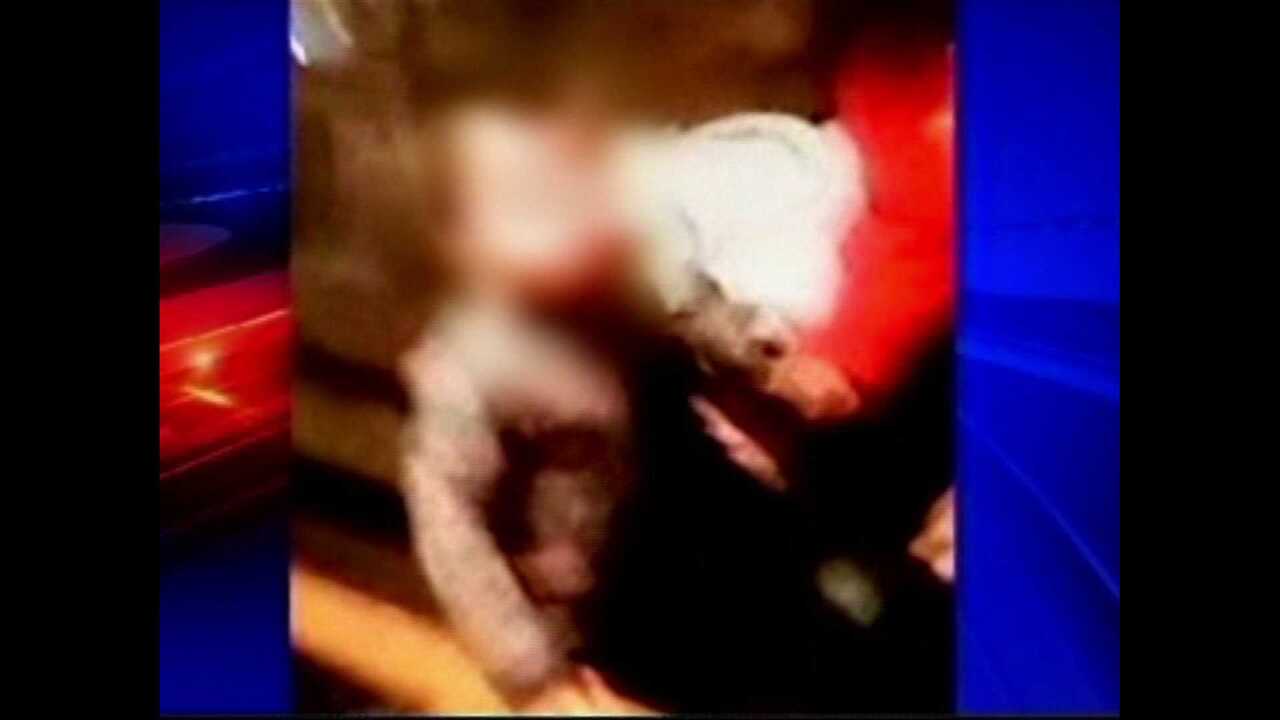 CENTRALIA, Wash. (CBS) - A Washington state mother is in big trouble after taking video of her toddler using a marijuana pipe.

Newly released cell phone video shows a 22-month-old Centralia boy briefly using a marijuana bong. His mother, 24-year-old Rachelle Braaten, was arrested and faces charges of manufacturing of marijuana and delivery of a controlled substance to a minor.

The video shows the boy briefly sticking his face on the top of the lit bong. When police confronted Braaten with the video, she reportedly told detectives, "Well, it was like, you can't see in the camera, but the person taking it, and then there was like a group of people there. And I guess it was a joke and stupid mistake that wasn't really funny."

She also said the toddler's demeanor didn't change and he just went on playing.

When the Centralia police's anti-crime team went to check on the boy's welfare, they found 40 marijuana plants. The boy's father, Braaten's fiancé Tyler Lee, claimed he was a medicinal marijuana user. But he too was arrested, allegedly confessing he also sold the marijuana to a dispensary. He said he wasn't there when the boy was hitting on the bong.

Child protective services took Braaten's boy and placed him protective care along with her 5-year-old child while she deals with the accusations against her.

Lee was jailed over the weekend but released Monday pending the filing of charges. Braaten remains in jail, held on $5,000 bail.