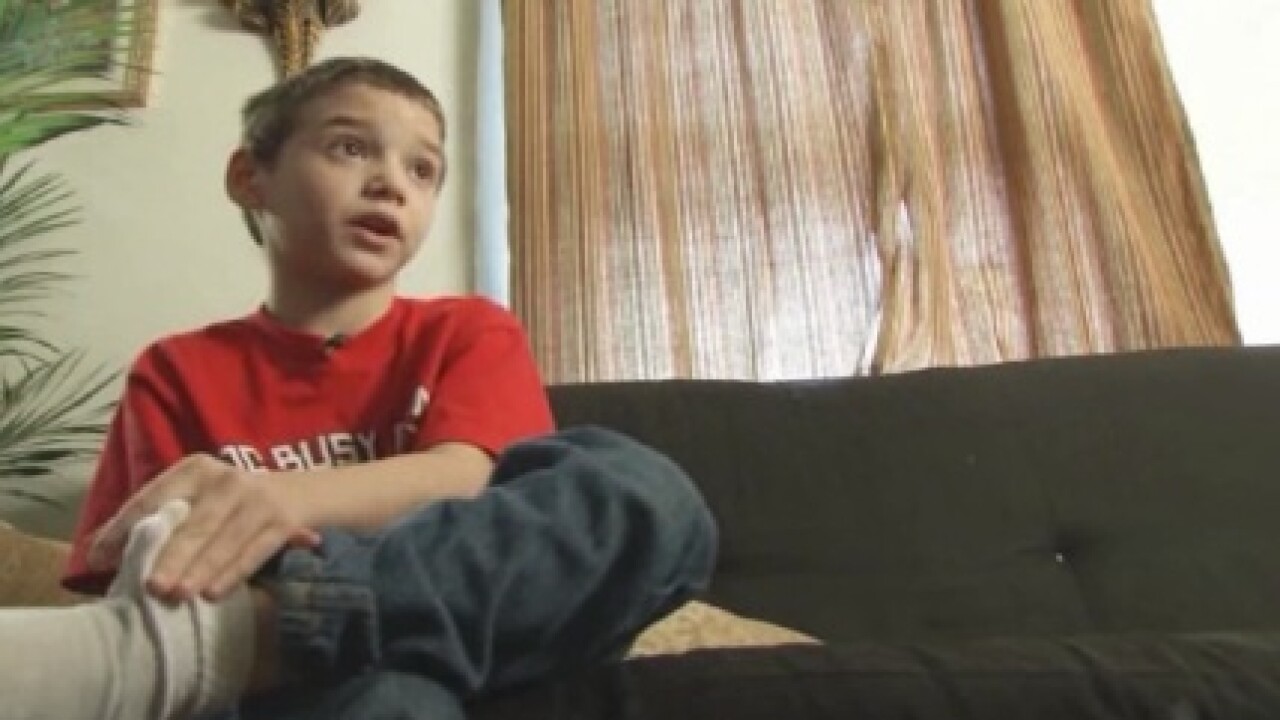 BALTIMORE (WTVR/WBFF) - A seven-year-old Baltimore student is missing school over a pastry gun suspension. Josh Welch, 7, was eating a toaster pastry at school last week when teachers said he shaped the breakfast pastry into a gun - with his bites.

"It was already a rectangle and I just kept on biting it and biting it and tore off the top and it kinda looked like a gun but it wasn't," Josh said. "All I was trying to do was turn it into a mountain but it didn't look like a mountain really and it turned out to be a gun kinda."

School officials called Josh's father to explain why his son was in trouble. During that conversation, Josh's dad said school officials told him they considered Josh's actions a threat because he said "bang, bang" while holding the pastry.

"I asked if was any one was hurt, they said no," B.J. Welch said. "I would almost call it insanity. I mean with all the potential issues that could be dealt with at school -- real threats, bullies, whatever the issue is. It's a pastry."

The school sent a letter home to parents that explained the incident where "a student used food to make inappropriate gestures.