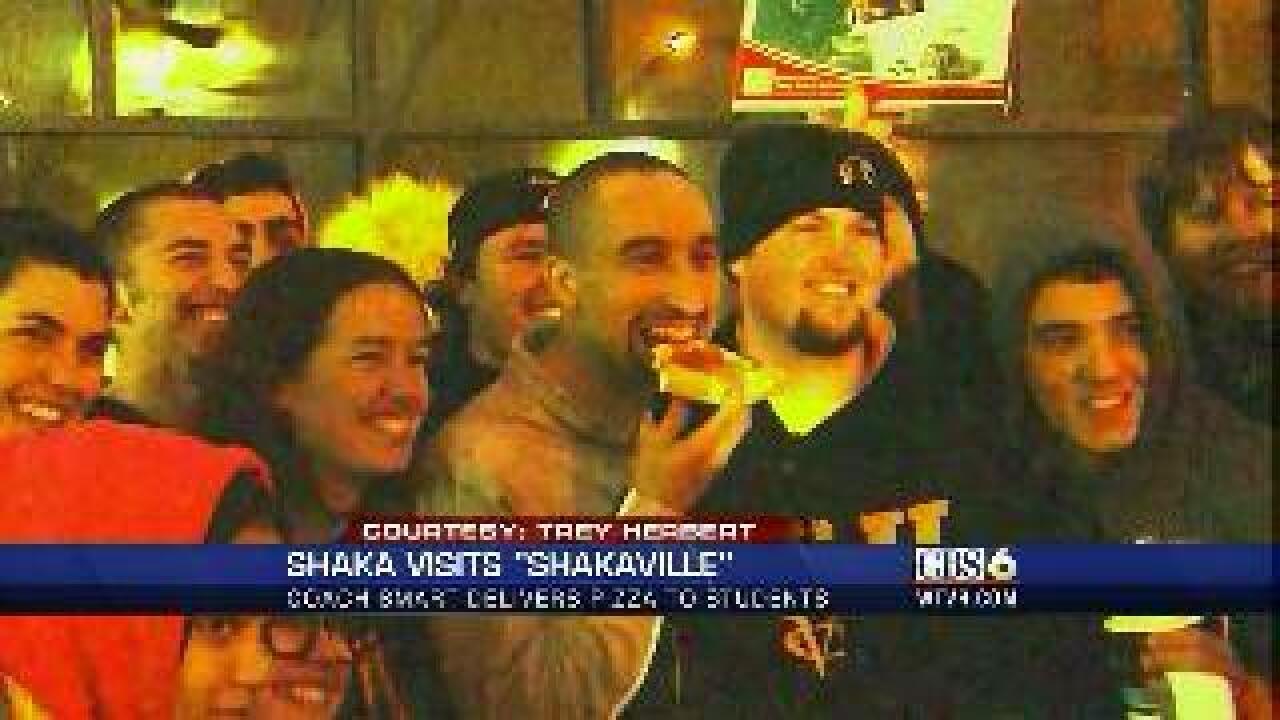 Saturday's game pits the Rams against the Butler Bulldogs, the same team that beat them in the 2011 Final Four. The game tips off at noon.

Coach Smart dropped by late Friday to deliver pizzas to fans waiting outside the Siegel Center.

Thanks to Trey Herbert, a VCU student, for uploading this video.