RICHMOND, Va. (WTVR) -- It was 65 years ago when WTVR first broadcast its TV signal – the first in the South – or at least, south of Washington DC.

Folks gathered in the street in front of a Miller & Rhoads storefront to watch this miracle wrought by automotive electrical whiz and media genius Wilbur Havens.

While other radio stations were scrambling to catch up to Haven’s tremendous head start in this brave new world, he pulled even further ahead by starting to build our famous tower on the back lot in 1952.

It would become the tallest free-standing tower in the land,  843 feet tall and 1,046 feet above sea level. It  gave our station amazing reach that made it a true powerhouse when it was switched on 60 years ago this month.

The tower has stood like a sentinel for these six decades, a well-known landmark. And not just a transmitter of TV and radio signals, but a generator of fanciful stories of daring and death.

Many Richmonders believe many is the number of lives this tower has claimed. 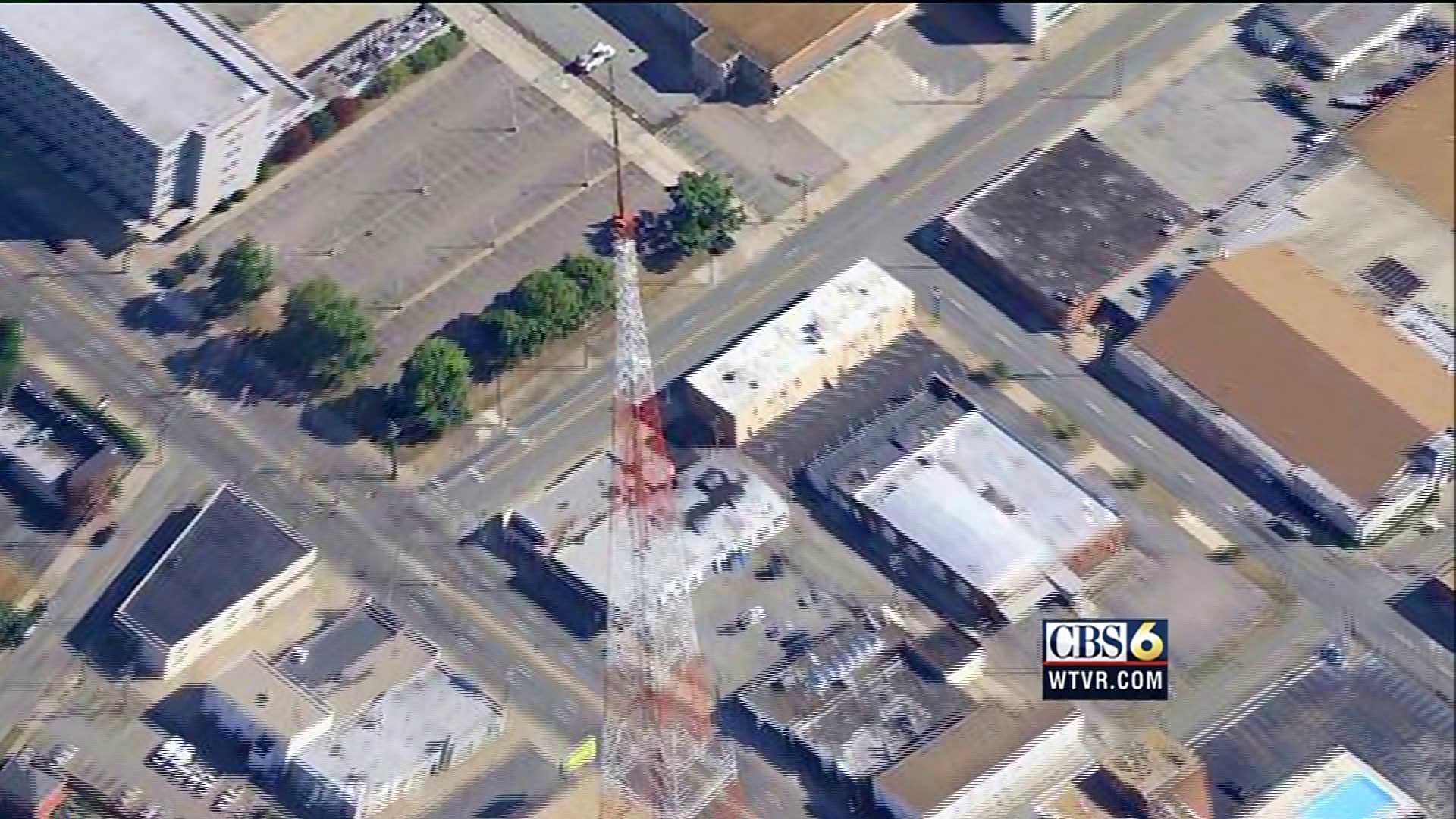 The legend is several men lost their lives erecting this monster. After all, it was in in the days before OSHA and rigid safety standards. The steelworkers rode the cranes like the were rides at the fair, free-walking the narrow beams like Olympians – only a misstep would mean sure death.

But as far as I can tell, none actually died.

Also legion – and untrue - are the stories of suicides from the tower. Best as I can tell, two suicidal climbers were talked down, one by legendary Richmond firefighter Lewis “Puddin” Tunstall.

Hundreds of workers have been up the tower to change bulbs or antennas, add wiring and microwave equipment and to regularly paint it.  I got to visit with the last painting crew. They dipped car wash mitts in the paint pouches on their hips. The were all muscle and veins and sinew. Their  motto: “Hold on. Don’t let go.”

Jeff Teitsch of Cazenovia, N.Y. was on the painting crew. He was riding up the tower in a gondola with his painting rig when the cable snapped. He plummeted to his death, near where his beloved golden retriever, Spider, was waiting for him to finish work. The dog reportedly howled as police and rescuers gathered helplessly.

“He loved his work,” he said of his son. “He loved dangerous stuff.” Teitsch said the family worried about him at first, but the climber knew his craft. “He thought he was indestructible, but apparently, he wasn’t.”

But it mostly wasn’t Jeff Teitsch’s fault. The Virginia Department of Labor and Industry cited the contractor painting the tower for not having a properly trained employee installing the rigging that failed.

Spider the retriever – a reminder of the lost loved one -  went on to live a long life with Jeff’s sister, John Teitsch said. “He was a good dog.”

Just recently I watched two young  men who hustled to the very top of the tower to change the giant light bulb.

They were young and in great shape, making some nice money for what has to be one of the most rigorous and perilous workouts in town.

It takes a different breed to climb this grand, 60 year-old tower, our surprisingly gentle giant.