Crash backs up I-95 traffic for miles 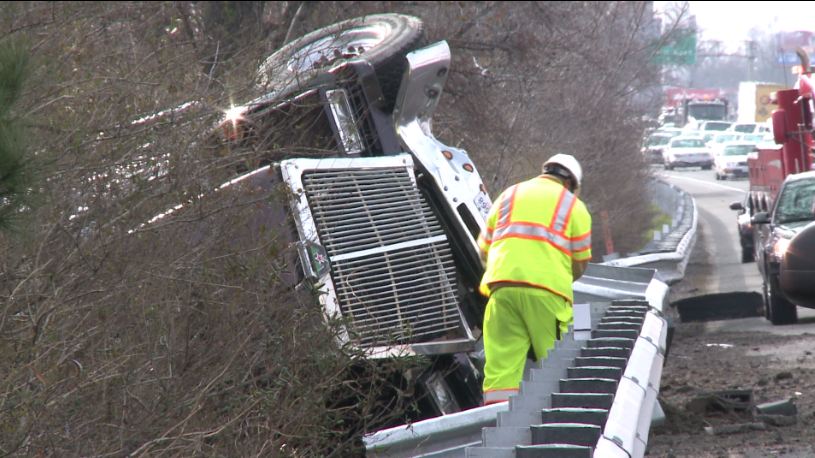 The crash, which happened around 8:30 a.m., had the center lane, right lane, and right shoulder closed creating a three-mile back-up up through 1:30 p.m.

Molnar said the driver of a 1999 Western dump truck lost control of the truck and ran off the interstate. The truck hit the guardrail and turned over in the woods spilling dirt.

The dirt has to be cleaned up before the lanes can reopen, Molnar said. Clean up continues at this hour.