Whistleblower says he was fired for talking to CBS 6 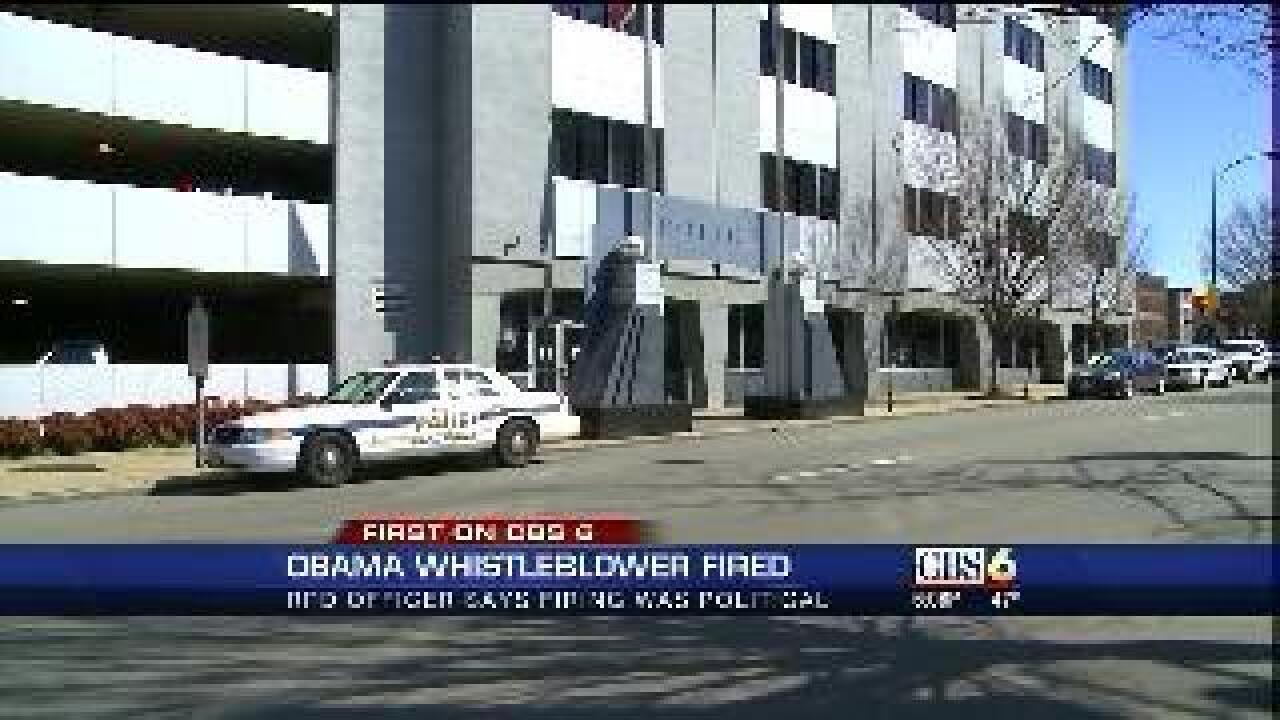 RICHMOND, Va. (WTVR) - The Richmond Police officer who blew the whistle on fellow  officers accused of making inappropriate comments about harming President Obama and the First Lady was fired from the Richmond Police Department.

Multiple sources confirmed that police unscrambled the effects of the whistleblower’s statement on tape to CBS 6.

The man told CBS 6 reporter Sandra Jones he was ordered to police headquarters Tuesday afternoon where he was met by a several high-ranking police officials. The officials, he said, informed him of his termination.

The man said Wednesday morning he returned to police headquarters to pick-up a packet of information. Included in that packet, he said, the reason he was fired.

The reason, he said, was because he violated police department policy by doing an interview with CBS 6 about the a May 5 incident involving the President and the First Lady.

Richmond Police would not comment on the employee's status with the department.

"If he's speaking about a matter of public concern as a citizen which it sounds based upon the information provided to me that he was doing.  Then, he has protection under the First Amendment,” said Thomas Robert, Employment attorney.

Employment attorney Thomas Roberts is not associated with this case, but says he sees them all the time.

"It concerns me and it should concern others, if he was retaliated based upon his right to express his concern on this public matter as well as his opinion,” said Roberts.

Roberts says public employees do not shed Constitutional protection when they enter the work place.

"There's no question that this will have a chilling effect upon other members of the police force who will be afraid if they speak out about a matter of public concern.  They too may lose their job,” said Roberts.  And that makes it a matter that should concern each and every citizen."

The whistleblower told CBS 6 last year that the inappropriate comments were made by a 20-year police veteran who was talking on the phone to an officer assigned to provide outside security for the president and first lady. The whistleblower reported that the veteran suggested the officer “take a couple of shots . . .” and that another voice in the background talked about planting a bomb under the stage.

The Secret Service investigated and found no criminal act, but the two officers were fired amidst the furor. The fired officers have been fighting to get their jobs back.

A letter written by their attorney said the allegations against the officers were “false and/or greatly embellished” and that Richmond Mayor Dwight Jones pressured then Richmond Police Chief Bryan Norwood to fire the officers before letting an internal investigation run its course.

James Towey, the lawyer, sent a statement to CBS 6.

"Unfortunately, the termination of the self-proclaimed "whistleblower" does nothing to remedy the fact that his false allegations resulted in the termination of two officers.  Their careers were ended and they have gone through eight months of hell," Towey wrote.

"Until now, the City has been obstructionist, dysfunctional and anything but transparent in this matter.  I am optimistic that newly appointed Chief Tarasovic described himself just yesterday as a believer in transparency and an advocate for the rank-and-file officers.  If the new Chief is true to his word, the remaining grievance hearing for one of the terminated officers will be opened to the public and the Chief will reconsider the termination of the officers.  Perhaps he, like me, will find it interesting that they were both terminated not for making the statements that the self-proclaimed whistleblower claimed they made, but for other "pre textual" reasons that would not normally warrant termination to begin with."

The fired officer told CBS 6 he is weighing his legal options.