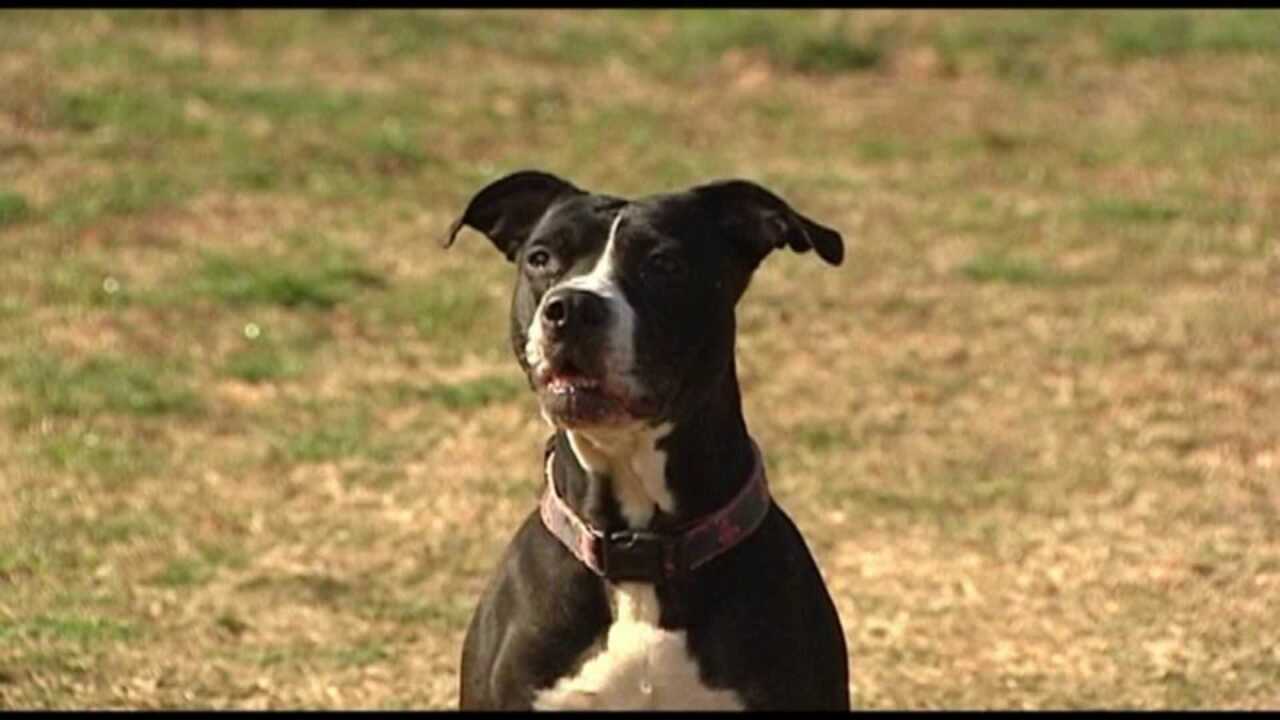 LINCOLN COUNTY, Okla. (WTVR) – A 10-year-old pit bull is being praised for her heroic actions, saving a family from a fire.

The dog is being credited for helping to save sisters from their burning home.

The dog, named Baby, woke up the sleeping sisters as their house filled with flames and smoke Tuesday. The dog would not stop barking and jumping on the women until they woke up.

“I went back and there were flames shooting down the hallway. If Baby hadn’t woken Evelyn up, I don’t think either one of us would have come out of this,” Rhonda Westenberger said.

While the woman ran to safety, their five other dogs were stuck inside. Baby the pit bull once again came to the rescue.

"And then there was one hiding under the bed, wouldn't come out. Baby actually went under there, grabbed it by the neck and dragged him outside," dog owner Charles Land.

"I'm so proud of her. She is my hero. She's the hero for all of us, " Westenberger said.