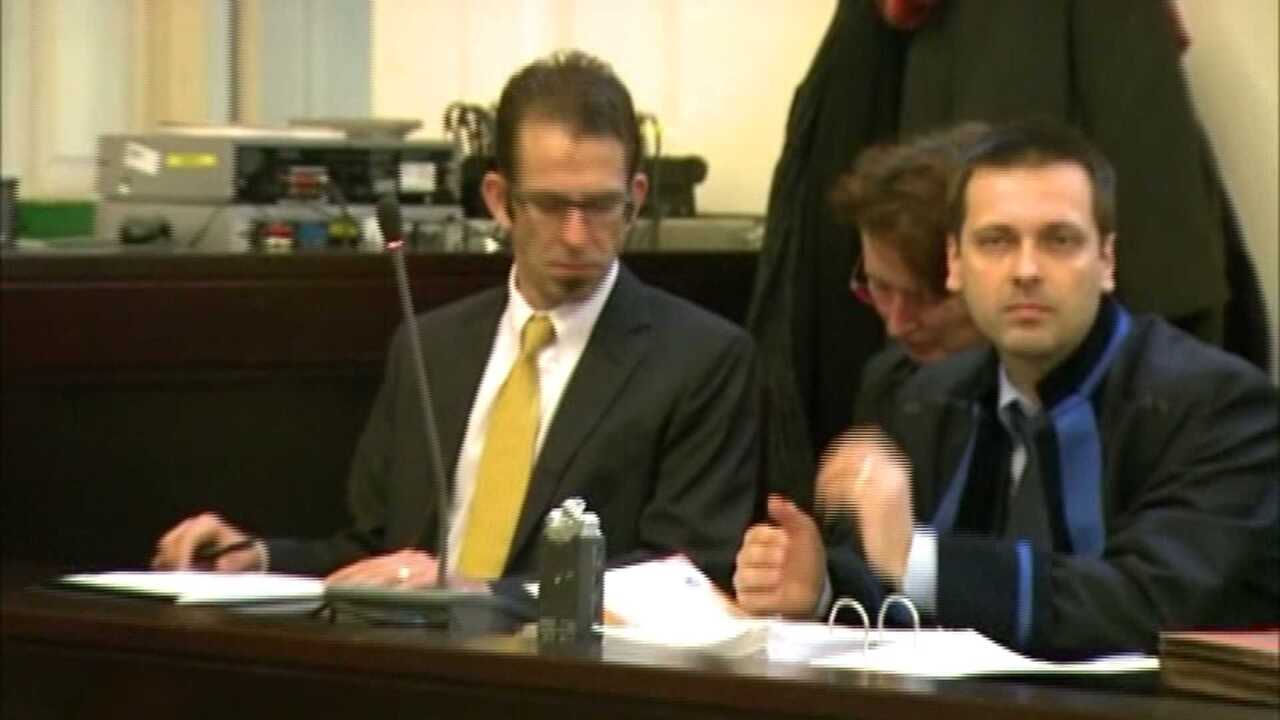 Randy Blythe appears in court in the Czech Republic.

PRAGUE, Czech Republic (WTVR) – Lamb of God singer Randy Blythe will return to the U.S. this week after it was announced in court his trial would be delayed.

Blythe's defense team asked for the delay because a key witness was sick, according to Prague Post reporter Jonathan Crane who is helping cover the trial for WTVR.com. The defense team wanted that witness to testify in person.

Another witness is scheduled to testify Thursday, after which the trial will be postponed until March 4, Crane said. Blythe will be allowed to return to the U.S. until his trial resumes. He indicated in court that he would definitely return to Prague next month, Crane said.

Blythe, 41, is on trial for manslaughter. He is accused of pushing a fan off the stage during a concert in Prague in 2010. The fan, 19-year-old Daniel Nosek, later died of head injuries.

The first witness to testify was Milan Porádek, the fan Blythe admitted to pushing off the stage. Porádek called himself an "active member of the audience" and recognized he was causing problems.

He said Blythe pulled him down to the floor to make it clear he doesn't want him on stage (he said he realized Blythe didn't like his presence on stage), but did not punch, strangle or choke him as some witnesses said yesterday.

Porádek admitted he was "pretty drunk" and his behavior was inappropriate.

"Because of the way I acted, he was right to throw me off," Porádek said.

Other witnesses who attended the concert recalled seeing someone being thrown off stage, but couldn't identify that person as Nosek when they were shown his photograph.

One of the witnesses said Blythe repeatedly pushed people off the stage, but the witness didn't consider that act dangerous.

Another witness said Blythe made it clear he didn't want anybody up on stage.

She said his behavior was "normal for a heavy metal concert," and that "these bands always try to look aggressive on stage."

Two statements from members of the production team at Club Abaton were read in court.In both statements, staff members said they were unaware of any incident taking place the night in question. They said they first they heard about it was one month later when the police came calling.

Witness 6 was Tomás Fiala, the promoter from Obscure Promotions. Fiala said Lamb of God had made security demands in their tour rider (i.e. agreement), but said he didn't recall the band complaining about safety issues before or after the concert.

He said three security guards were assigned that night. In the tour rider, the band specified barriers should be 1.5 meters from the stage, requirements which, the judge pointed out, weren't followed.

Witness 7 was Mr. Patera, manager of the security firm involved with the gig.

He said it wasn't his firm's responsibility to decide how many staff are present. He said he deals directly with the venue, who tells him their needs. He said he had no information about the barrier distance request.

The first expert witness was an ophthalmologist, called by the defense, who confirmed Blythe was short-sighted and couldn't see distant objects. Blythe doesn't wear glasses during gigs, so his vision on stage is very limited.

The ophthalmologist said the combined effect of the strobe lighting and smoke onstage meant that Blythe would "only have been able to recognize silhouettes" from 1-2 meters away.

The second expert witness was a medical expert, Michal Dogosi. He said Nosek died from pneumonia resulting from his head injury (a blow to the brain stem).

Nosek had two operations, first to manage the injury, the second to deal with swelling, reducing pressure on the brain by removing some bone. He said Nosek fell into a coma.

He said 40 percent of cases with this kind of injury are fatal and said the treatment the hospital provided was sufficient; doctors did everything they could to help Nosek.

There was no toxicology report.