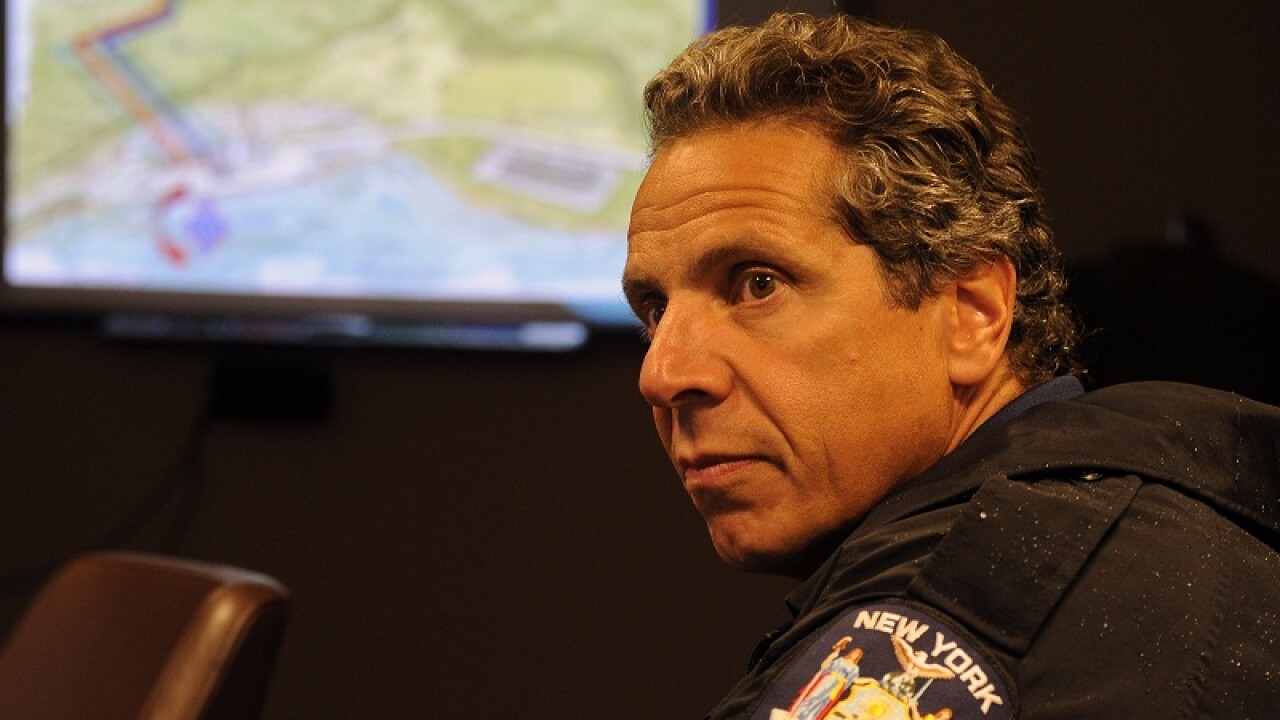 Governor Andrew M. Cuomo visits Blenheim-Gilboa Dam and receives a briefing on any impacts from Earthquake the previous day. Credit “Darren McGee-Office of the Govenor./Governorandrewcuomo Flickr” QP6 – This image was originally used under QuickPass Guidelines. Before using, you must determine whether your proposed use is also a Quickpass or, if it is not, consult your assigned attorney for fair use guidance.

(CNN) — The tough new gun restrictions pushed by New York Gov. Andrew Cuomo may have caused a hit to his approval rating, according to a poll released Wednesday, though the Democrat still remains popular with voters in the Empire State.

The Quinnipiac University survey indicated that 59% of New York voters approve of the job Cuomo is doing as governor, down from a 74% approval rating in a poll released last month.

Republican approval has dropped sharply, from 68% in mid-December to 44% in Wednesday’s poll. But even support among Democrats was down somewhat, from 82% in December to 74% in the latest survey.

Women gave Cuomo higher marks than men. Sixty-four percent of women, and 54% of men, approved of his job performance. Both figures were down from the poll last month.

In the aftermath of the school shooting in Newtown, Connecticut, Cuomo pressed for stringent new gun restrictions in his state. They were passed by the New York legislature in mid-January. The measures included a ban on assault weapons and high capacity magazines, increased penalties for purchasing illegal guns and using guns on school grounds, and a provision strengthening rules governing the mentally ill, including a requirement to report potentially harmful behavior.

“With approval ratings that consistently topped 70%, New York Gov. Andrew Cuomo had the political capital to spend when he set out to pass the toughest gun control laws in the nation,” said Maurice Carroll, the director of the Quinnipiac University Polling Institute. “It is possible that the gun law cost him some of that political capital, but a 2-1 job approval rating still makes him the envy of most governors.”

Cuomo experienced a similar dip in his approval rating following his push for same-sex marriage in 2011. Like Wednesday’s poll, he lost support primarily among Republicans, though he regained his high approval rating in the year that followed.

“Is Gov. Cuomo’s honeymoon with Republicans over, or is this just a spat that can be patched up in the months ahead?’ Carroll asked of the dip shown in Wednesday’s poll. “Cuomo lost some Republican support after the 2011 same-sex marriage bill, but he got it back.”

Cuomo, who took office in 2011, is considered a potential candidate for the 2016 Democratic presidential nomination.

The Quinnipiac University poll was conducted by telephone from 1,127 New York State voters between January 23 and 28. The sampling error was plus or minus 2.9 percentage points.