The strip center where Family Dollar and Big Lots are located was closed down temporarily as the fire department tried to located the cause of the smell. At 6:30 p.m. those stores re-opened.

Firefighters checked out the area around the nearby Exxon, Lowe’s and Wal-Mart, although none of those stores has been evacuated.

Capt. James Mellon with Henrico Fire Department said that units had gained access to the roof and began to get very high lower explosive limits (LEL) readings coming from the vents on the roof.

That is when an immediate evacuation of the entire shopping center was ordered. The vents on the roof are connected to the sanitary sewer system. High LEL readings were recorded in the sanitation system.

Readings within the shopping center began to drop and the two shops were reopened.

Cpt. Mellon said the source is still unknown. DEQ and DPU are checking the sanitation system down line to try to discover the cause. No injuries were reported. 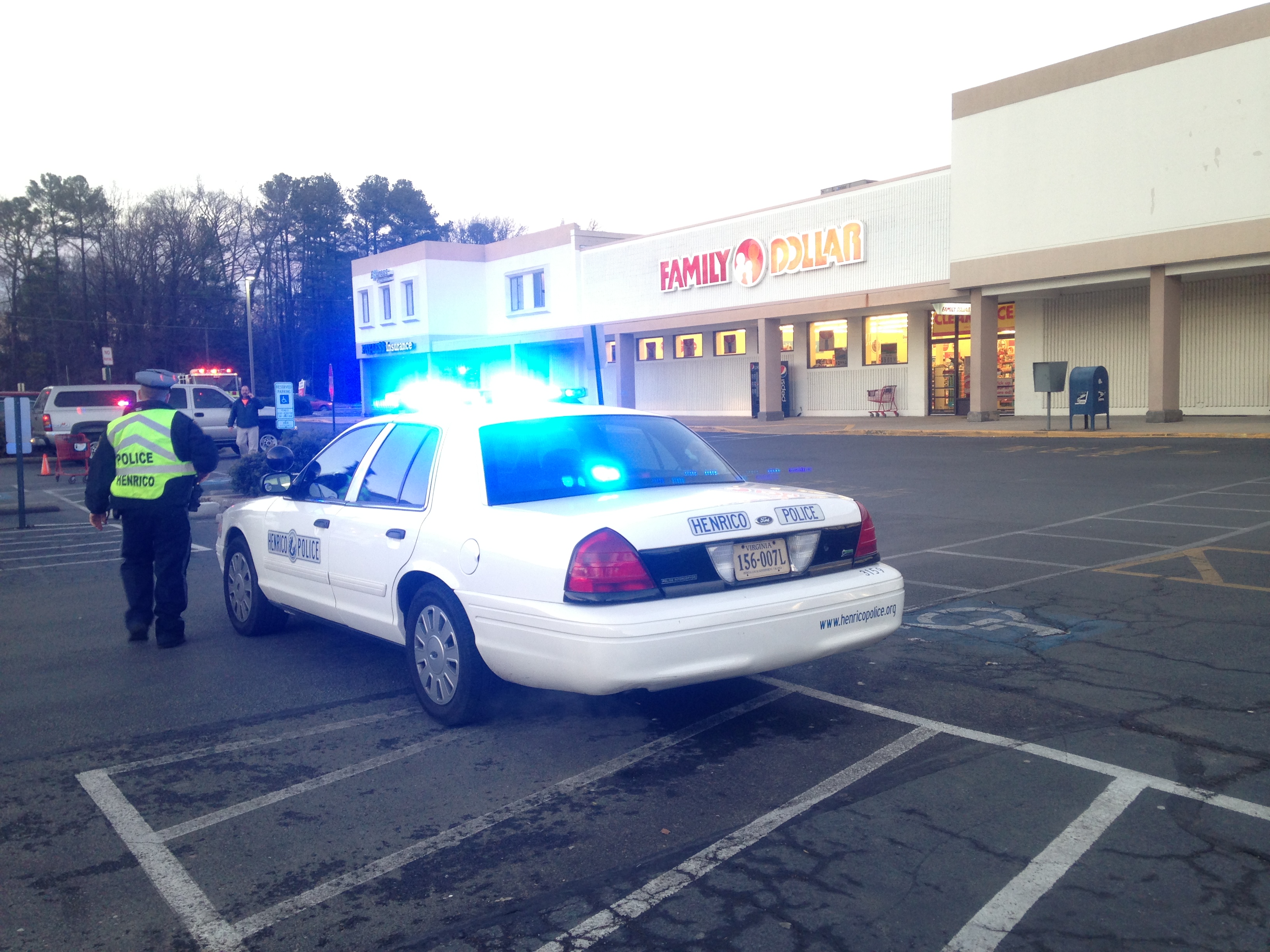