RICHMOND, Va. (WTVR) – The man the FBI dubbed the “Ray Bandit” has been caught, according to FBI spokesperson Dee Rybiski. The “Ray Bandit” – so named because of the sunglasses he wore during robberies – is accused in more than a dozen bank robberies across the country.

A man was arrested earlier this month after a bank robbery in Elgin, Ill., near Chicago, according to the Chicago Tribune. Investigators believe the man – identified as Jeremy Evans of Carol Stream, Ill., is the “Ray Bandit.” 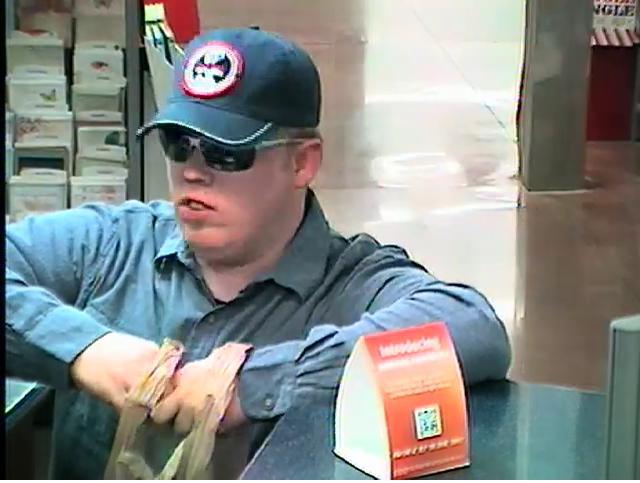 Sergeant Chris R. Whitley with Hanover County Sheriff’s Office said deputies were called to the Sun Trust bank inside the Kroger in the 6300 block of Mechanicsville Turnpike at 2:50 p.m on Dec. 5, 2012.

Later that day, deputies responded to the BB&T bank located in the 9100 block of Chamberlayne Road at 3:15 p.m. for another robbery.