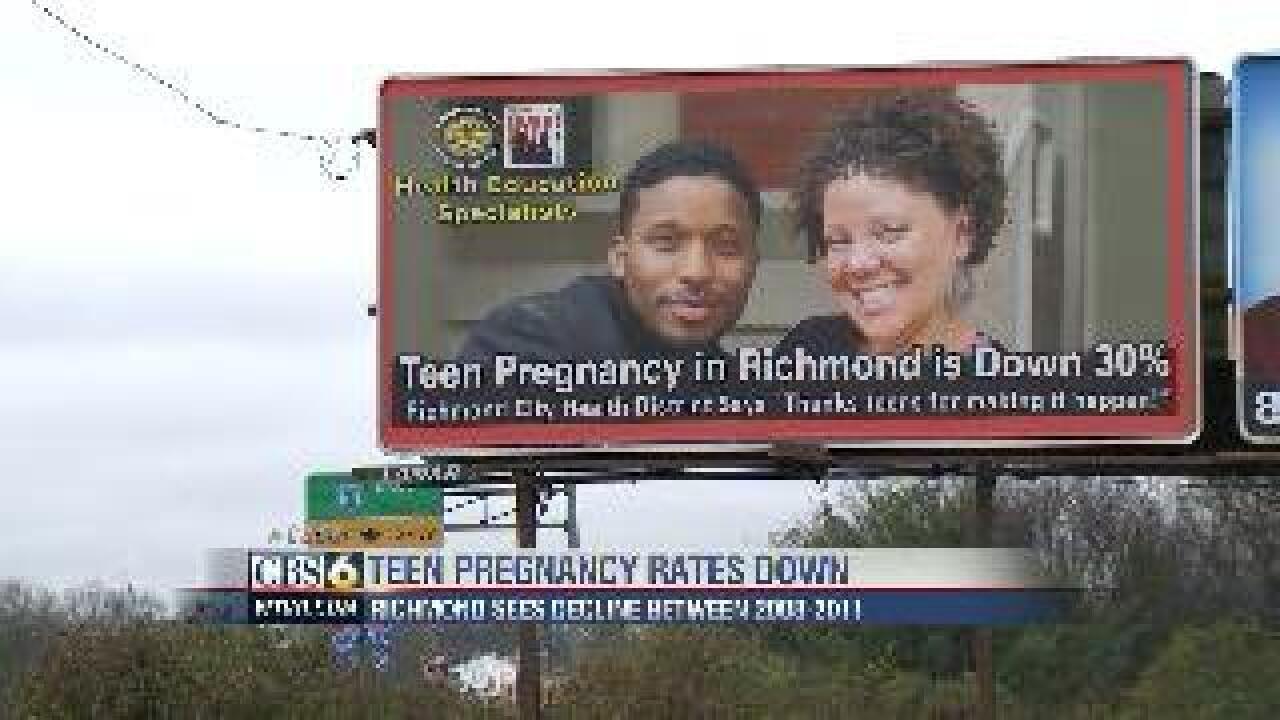 RICHMOND, Va. (WTVR) -- There are fewer babies being born to teens in the city of Richmond and one woman thinks she knows why.

She spends her days coordinating a city program aimed at preventing teen pregnancies that she and her team hope steers youngsters into making better decisions.

Grant, who was raised by her grandparents when her own teen mom struggled to care for her, works as an Adolescent Health Coordinator for Richmond’s Health District.

Grant designed the Helping Youth Prevent Pregnancy program, which is a program she believes that’s contributing to a decline in the number of babies born to teens since 2008.

The city has seen teen pregnancies fall from 916 in 2008 to 611 in 2011. That number is calculated, Grant says, by adding three key indicators: live births, natural fetal deaths and abortions.

Grant believes her team’s outreach to Richmond Public School students from fifth to tenth grade has made a huge difference.

The team brings messages of avoiding risky behavior and making good choices to the kids during health and physical education classes.

The health educators are on the front lines combating teen pregnancy and Grant believes they’re moving kids in a new direction.

“We try to give them a safe venue to talk about it and speak with them about the proper ways to talk about sex," Grant explained. "We also make it a point to share medically accurate information so we can dispel some myths kids have.”

Grant says the billboards posted around the city have captured people’s attention. They highlight the work students and health educators are doing to tackle the teen pregnancy problem.

While the numbers are encouraging to Grant, she says there’s still much work to do in this area.

Grant believes engaging more parents and connecting with as many youngsters as possible is key.