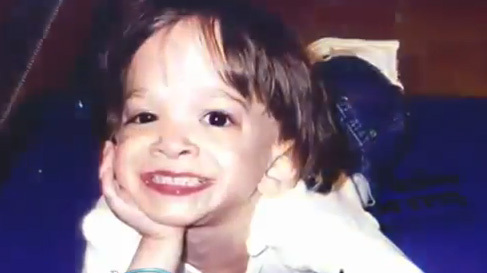 Brooke Greenberg may be a 20-year-old, but she’s also still a toddler due to a mystery medical condition that has baffled medical experts for several years.

From ages one to four, Brooke changed like a normal child. However, between four and five, she stopped, her parents told Katie Couric.

“From age one to four, Brooke changed. She got a little bit bigger,” explained her father, Howard, during the family’s appearance on Thursday’s “Katie” with Katie Couric. “But age four, four to five, she stopped.”

Since then, Brooke’s height has remained at 20 inches and her weight at 16 pounds. She wears diapers and pushes a stroller, gets fed through a feeding tube and communicates like an infant would.

“Like 6 months,” she explained on the TV show. “If she’s happy, she’ll giggle and laugh.”

Doctors told Brooke’s parents, who live in Maryland, there are no other cases like Brooke’s in the world.

The family provides care to her every day, aided by the help of siblings.

“It hasn’t been easy,” Melanie told Couric. “We don’t have anybody really to turn to, to tell us what to expect.” Doctors have no way to even determine how long Brooke may live.

Still, her parents believe she does not need to be “cured.”

“If somebody knocked on the door right now and said, ‘It’s a guaranteed pill. Give this to Brooke and she’ll be fixed,’ well first I would say to him, ‘She’s not broken.’ And B, I would say, ‘Thank you, but no thank you,” Howard said in a video filmed for the “Katie” show.

Scientists are now reading every letter of her DNA to determine what may have caused the condition.