‘Pick Up the Poop’ campaign to clean up city and river 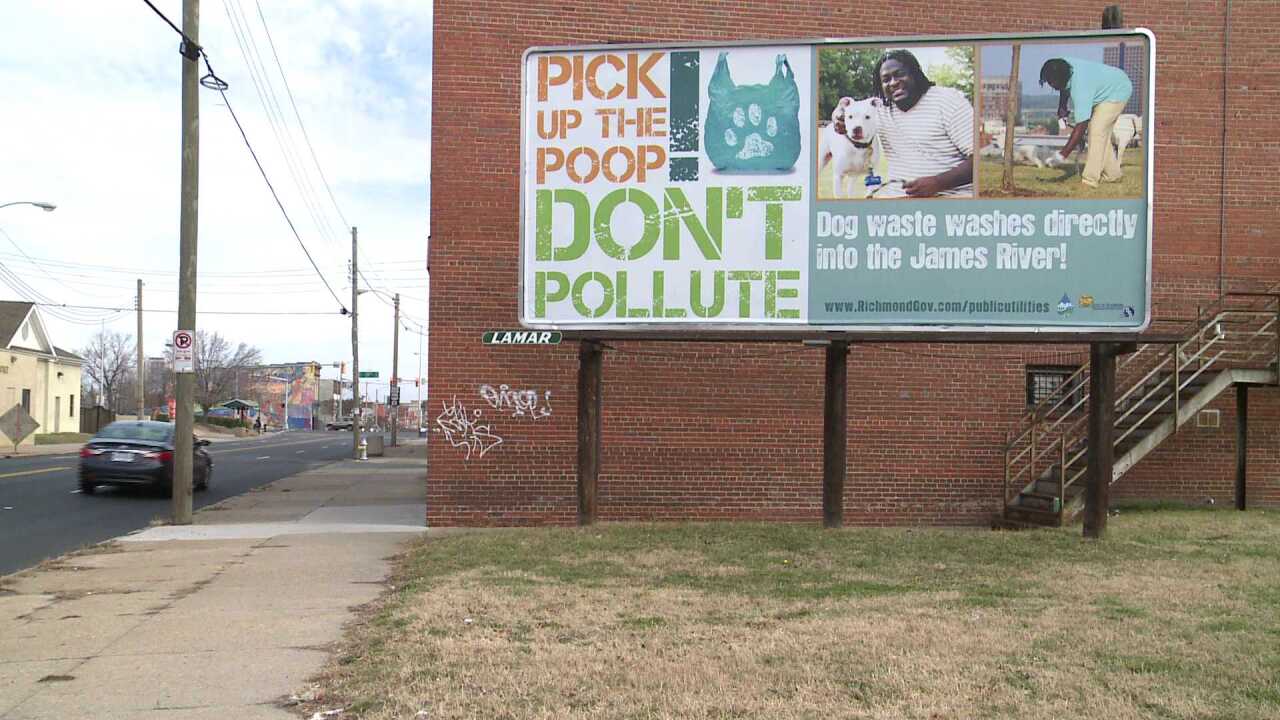 RICHMOND, Va. (WTVR)--From the North end of Richmond to the city's Southside, Richmond wants to residents to clean up the dog poop.

The City of Richmond has put up huge billboards to motivate citizen action. City leaders want to send pet owners this message:  "Pick up the poop and don't pollute.”

"It's a$ 250 fine and it's also a city ordinance,” James Minor, with the Department of Utilities, said.

The ordinance-- which states pet owners must remove any waste from public and private property-- has been on the city books for decades but the city wants to bring it to residents attention again.

"Dog waste is not fertilizer and some folks think it is,” Minor said. “But it's not.  And it's nasty. “

“So, we're trying to encourage the citizens of Richmond to pick up behind their pets,” he said.

Minor, whose face is on the signs, said this billboard campaign, is part of a wider effort to clean area waterways. "When it rains, the rain carries all of the bacteria into the James River, which goes into storm drains.”

“So, therefore one average size dropping of dog poop can cause over three billion coliform bacteria,” Minor explained.

Bacteria that Minor says can come in the form of Salmonella and end up in your drinking water.

Hence, the hefty fine if you don't comply with the rules.

Resident Marcus Carpenter thinks that the penalty fee is “kind of steep,” but said “it's worth it.”

“People need to learn how to pick it up,” Carpenter said. “You don't want humans to do it on the sidewalks. “

“You don't want animals to do it either,” he added.

City leaders told CBS 6 that the billboards were posted in October.  A spokesperson with Richmond police said that so far they have not issued any citations.

We’re told police respond when complaints are called into them.