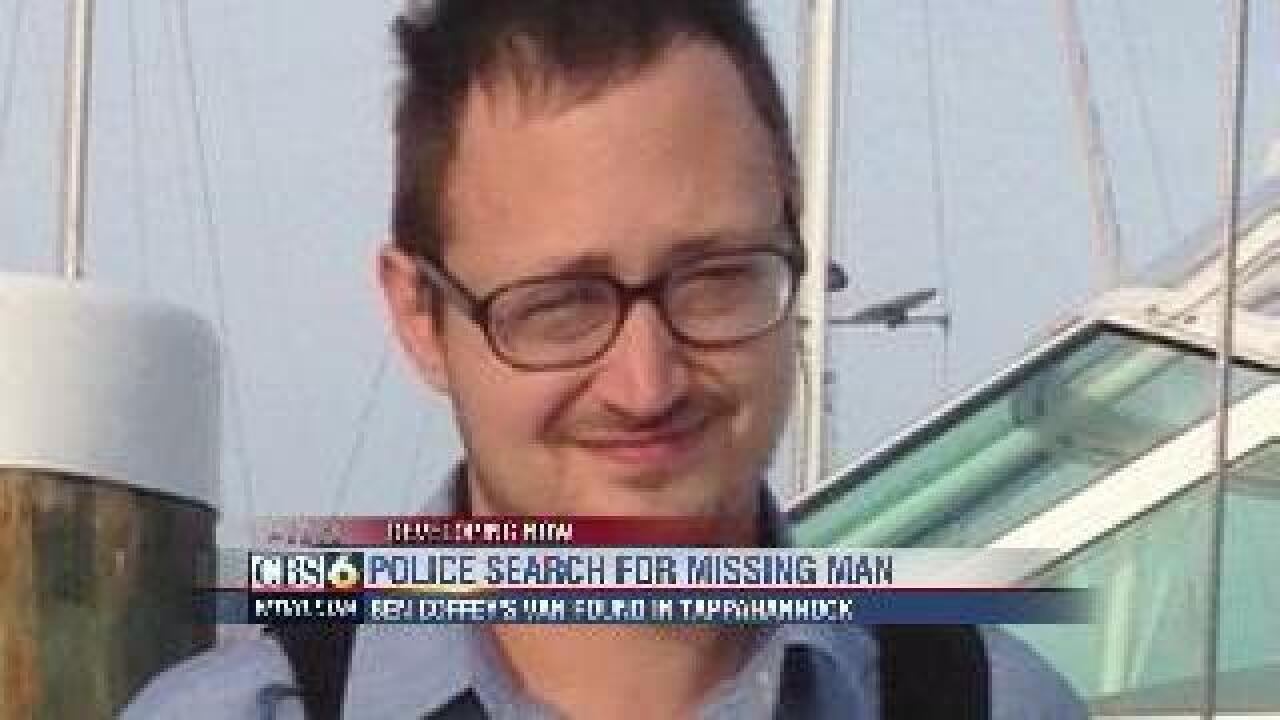 TAPPAHANNOCK, Va. (WTVR) - Police have suspended their active search for a  Gloucester man, with ties to the Richmond area. Ben Coffey, 27, was reported missing Thursday when his family filed a missing persons report in Richmond. Coffey had not been seen since New Year’s Eve.

Chief Ashworth said when his investigators look at the circumstances and details surrounding Coffey’s disappearance, things just do not add up.

Coffey is not believed to be a threat to himself or others. Inside his van, police found his cell phone, keys, and even his dog.  The dog had food and water and has since been taken to an animal shelter.

The area of Hobbs Hole Drive where the van was found is a rather developed part of Tappahannock, which perplexes officers even more.  Two people who work near there said they’ve not seen anyone matching Coffey's description.

Tappahannock officers were out doing foot searches and distributing flyers this weekend, but their searches were not fruitful.  Prior to this weekend, helicopters and police dogs had been used to search about a mile radius around where Coffey’s van was found, according to Chief Ashworth.

As of right now, investigators have suspended searching for Ben Coffey; although they are following a few leads in Gloucester, where Coffey lived out of the van police recovered.

Coffey’s father, Terry Coffey, lives in Richmond and is the CEO of Virginia Urology.

If you have spoken with or seen Ben Coffey, contact the Tappahannock Police Department at 804-443-3992.