CBS 6 News' Catie Beck said the accident happened around 10:10 a.m. at the intersection of Kinsley Boulevard and Broad Rock Boulevard.

One of the police cars flipped over and landed in a parking spot at Autos Finos, a used car dealer ship dealership at the corner of the intersection.

"You can see it completely broke out the concrete and what's left is what's holding it up right now," said dealership employee Jose Quesada as he pointed to a pole that was struck on his lot by a vehicle involved.

Just before the accident occurred in the intersection, Quesada claims a customer had asked for a test drive.

“My mechanic actually came out to pull the car off the line for the customer, within minutes you hear screeching and both officers hit each other," said Quesada.

Two Richmond police officers' cars collided at about ten minutes past ten in the morning. Witnesses claim one car went airborne, made contact with a metal pole on the dealership lot and then landed in the recently vacated parking spot.

"It completely missed both of the other cars that were parked right next to it,” said Quesada.

The surveillance video of the intersection shows exactly what happened. It shows one officer approaching Broadrock Blvd. from Kinsley Road.

The officer pulls out past the corner and stops. Seconds later a second officer traveling in the right lane of Broadroack collides with the stopped police vehicle and is thrown in to the empty parking spot of the used car lot.

Both officers walked from the accident without serious injury. Those who work at the dealership says if there had to be an accident this was the best possible outcome.

"I could have had a customer, a hurt employee or been hurt myself, we're all glad to make it," said Quesada.

The dealership mechanic estimates that both police vehicles were totaled in the accident. Both police officers were sent to the hospital to be checked out.

Richmond Police will not confirm whether the officers were in pursuit of a suspect at the time of the crash, only reporting that their crash team is investigating the incident. 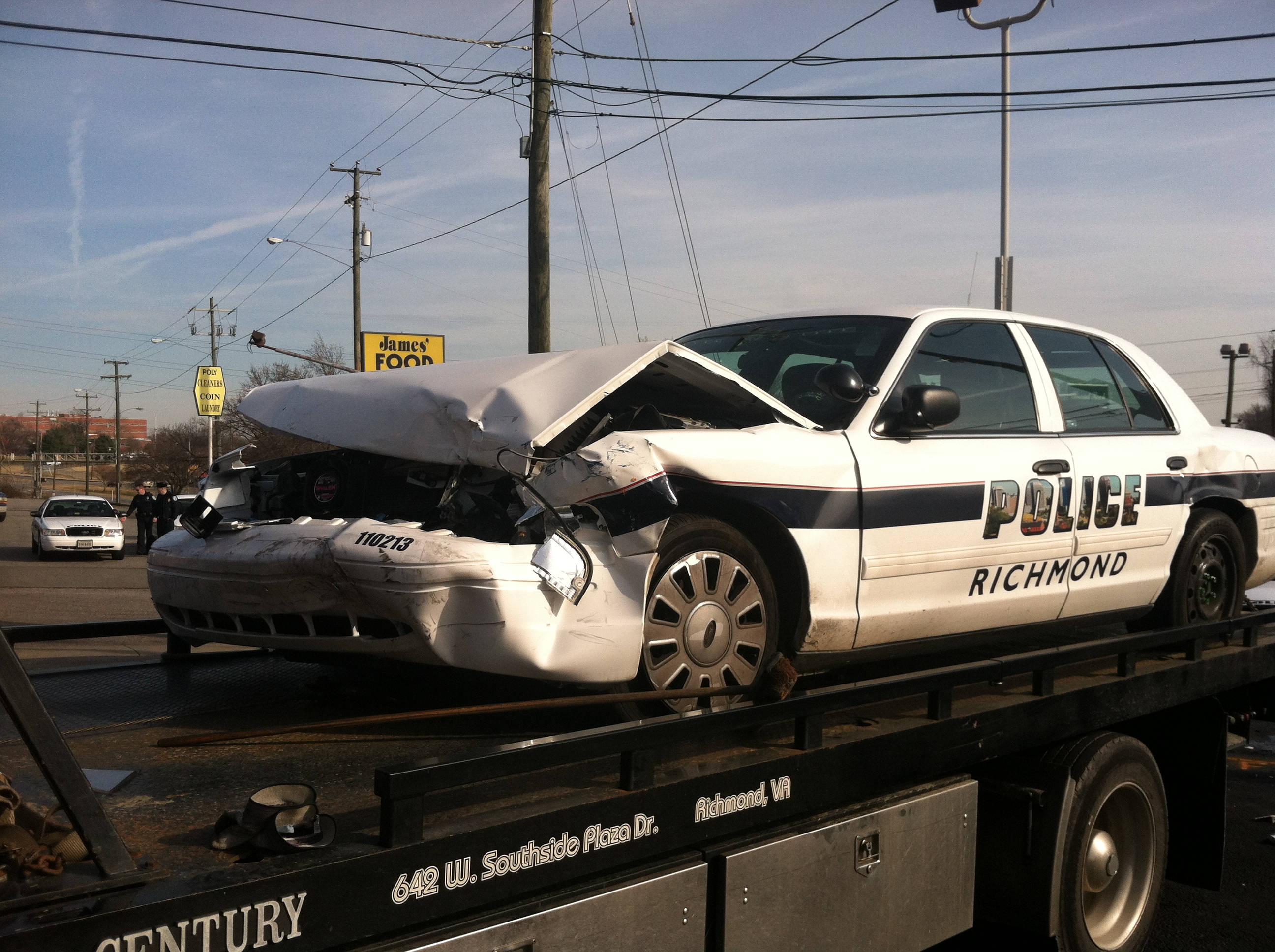