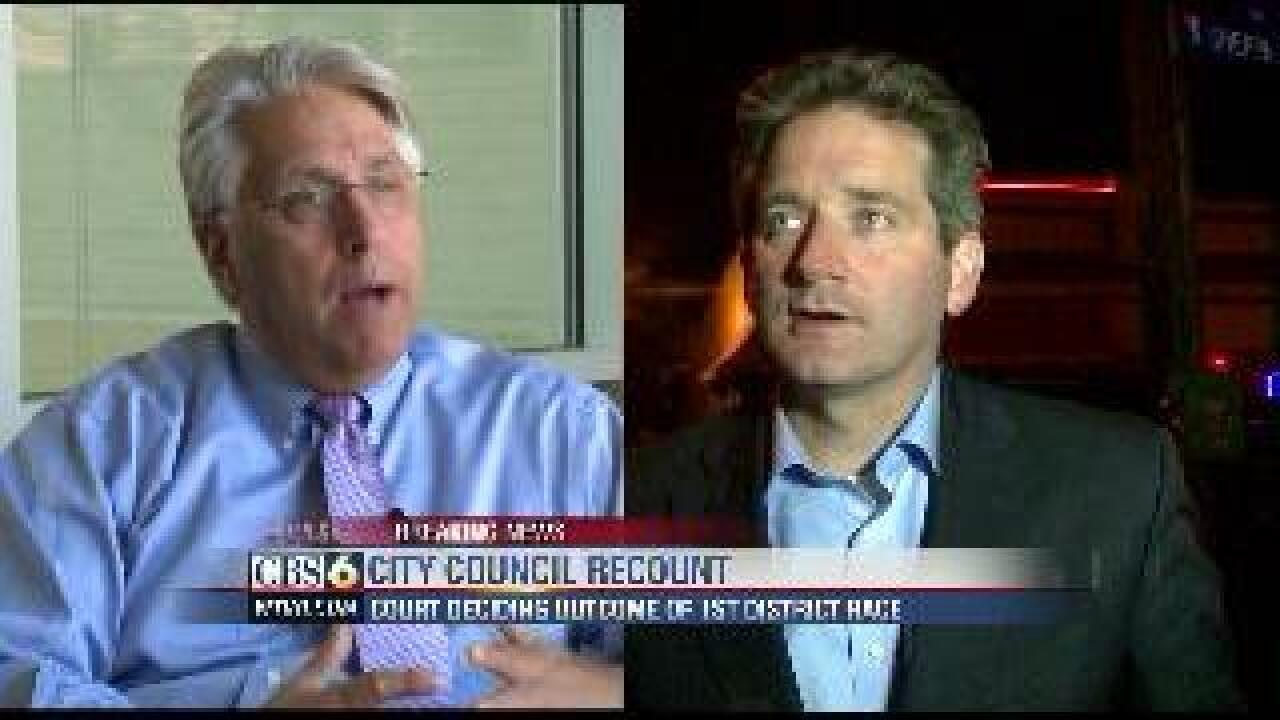 RICHMOND, Va. (WTVR) -- Nothing has changed after a recount Wednesday involving the 1st District race for Richmond City Council.

The recount, which kicked off around 9 a.m., involved about 25 people scrutinizing the 12,722 votes in the 1st District race until around 5:45 p.m. Wednesday.

This came after Richmond City Councilman Bruce Tyler filed a lawsuit earlier this month in Richmond Circuit Court contesting the outcome of the November election.

The three-judge panel tossed another challenge filed by Tyler immediately after the recount.