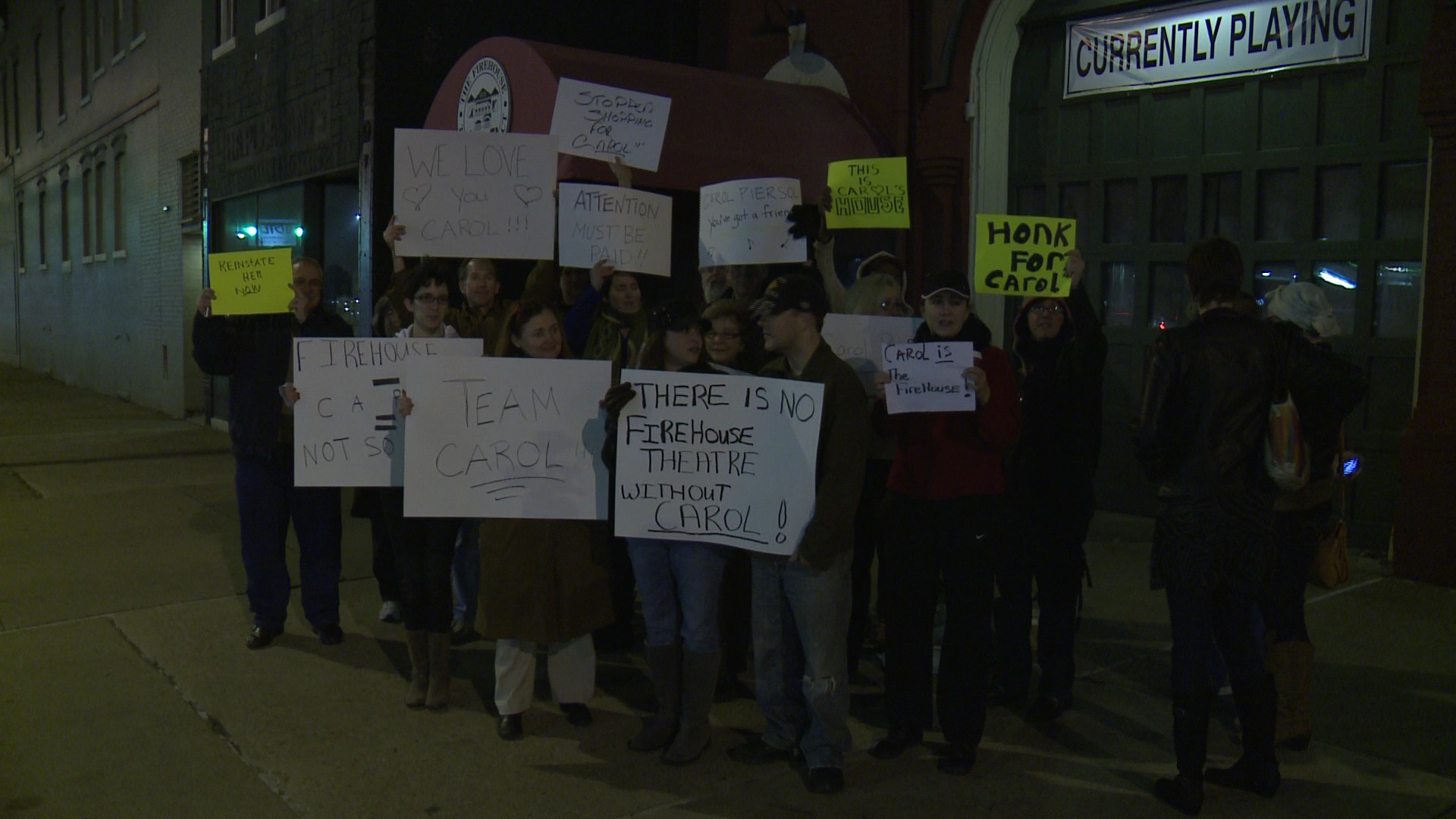 CBS 6 received several newstips and phone calls about a protest on behalf of Carol Piersol, ousted artistic director, and founder, of the Firehouse Theatre.

The tips were left by people participating in the protests that gathered outside the theater on Broad and Lombardy Streets starting around 6:30 p.m. Tuesday night.

Other information, distributed officially in a press release, said that Piersol has resigned.

“We have all, at one point in our career, worked with Carol and she’s been a fantastic member of the community,” said Scott Wichmann, with the Virginia Repertory Theater.

“She put a lot of hard work and moxie into creating the Firehouse Theatre, for the past 19 years it’s been an institution for Richmond.”

From a darkened stretch of Broad, out front of the theater, Wichmann–who organized the protest–was joined by a crowd of 30 people.

“We’re here to offer our support and tell her we love her and let her know she’s not alone,” he said.

Her resignation came swiftly, he said, although he couldn’t say if it was a mutual decision or a forced hand.

The press release from Firehouse:

The Firehouse Theatre Project (FTP) and Board of Directors President Kay Holmes are very sad to announce that Ms. Carol Piersol has resigned her position as Founding Artistic Director at FTP.

In an effort to ensure continuity of the artistic vision Ms. Piersol brought to the Firehouse, the Board has been considering succession plans to ensure artistic talent for our long term future.

We sincerely appreciate all that Carol has done to develop the Richmond theatrical community and The Firehouse Theatre Project.

Ms. Piersol was a founding member in 1993 and has served in many roles over the following nineteen years to build FTP to the thriving organization it is today and will be for the future. We wish Carol continued success in her future endeavors.

CBS 6 is investigating and will continue to follow this story.