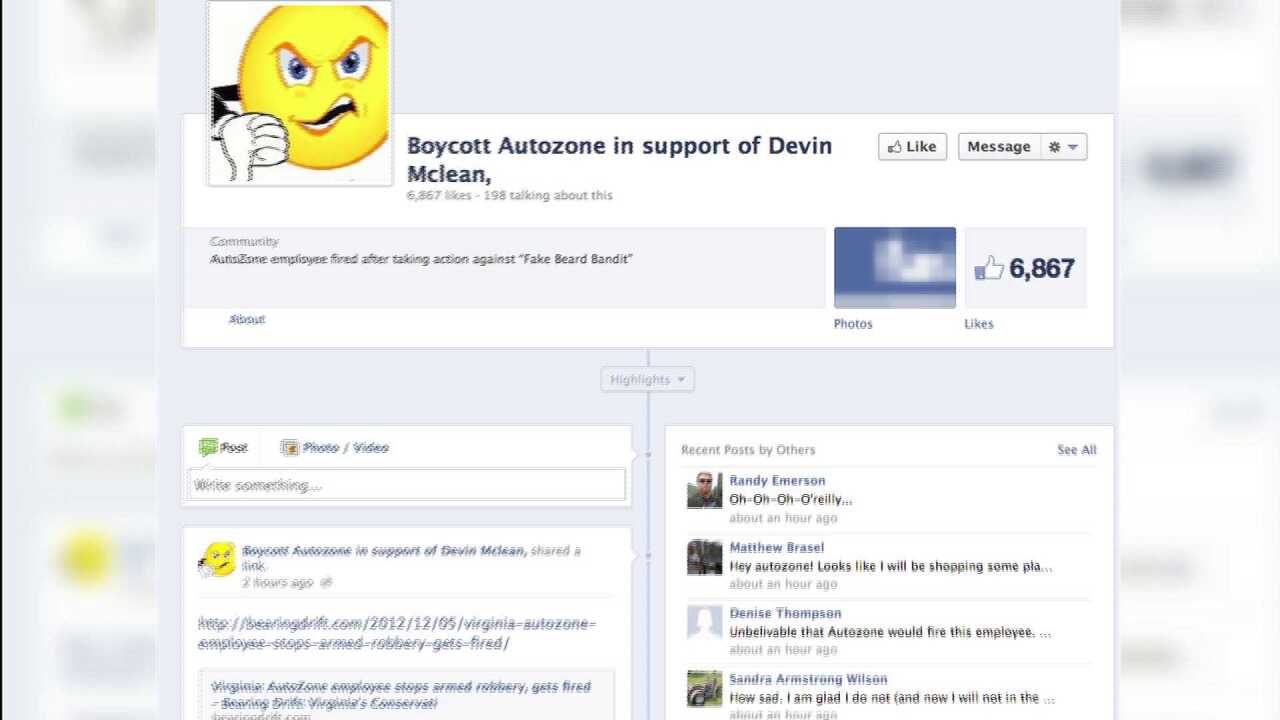 The Virginia Citizens Defense League plans to protest AutoZone stores after a former employee in York County says he was fired for bringing a gun to work to protect himself.

According to WTKR, the store clerk was pointing a gun at a suspected thief, who has hit more than 30 businesses in the Hampton Roads area.

The pro-gun group plans on protesting at two local AutoZone stores on Saturday.