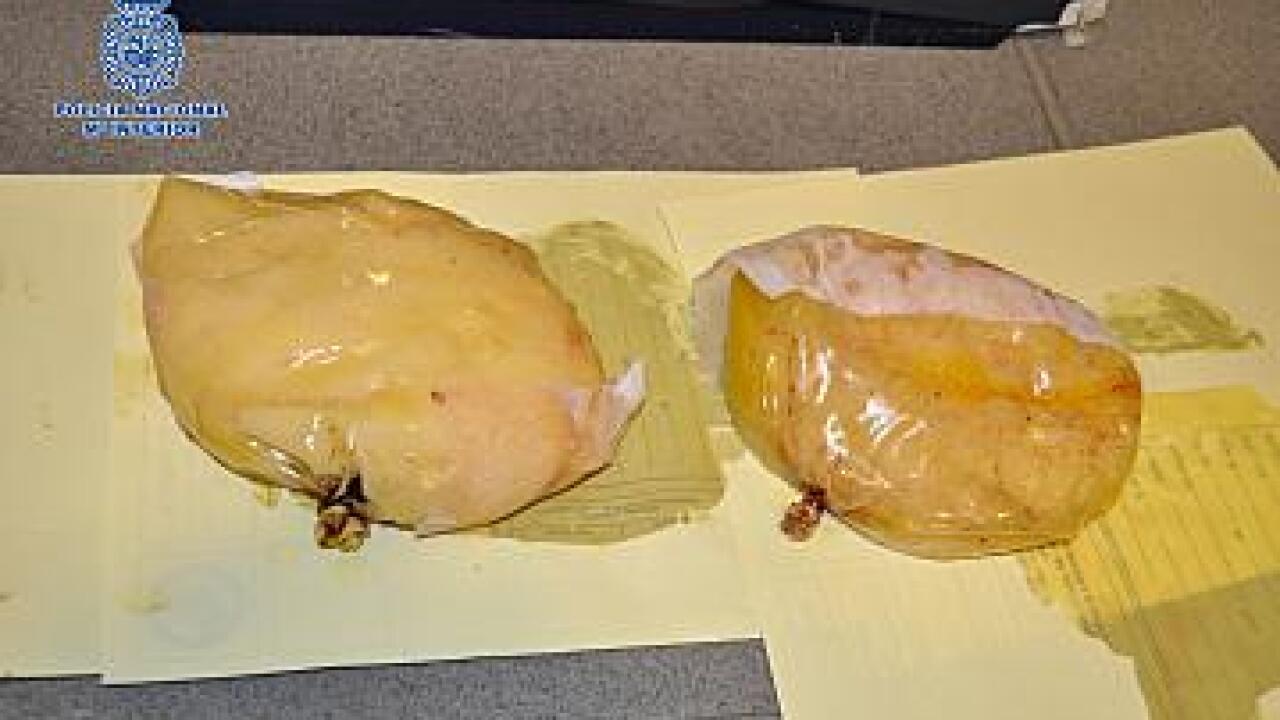 Cocaine filled breast implants A woman was arrested in the El Prat airport in Spain for carrying cocaine in her breast implants. (PHOTO: Spanish Interior Ministry)

Cocaine filled breast implants A woman was arrested in the El Prat airport in Spain for carrying cocaine in her breast implants. (PHOTO: Spanish Interior Ministry)

(CNN) — She arrived on a suspicious flight; her story didn’t sound right, and then there was the blood …under her breasts.

An airport security check in Spain led to an operating table for a passenger — where, authorities said, they found she had tucked packs of cocaine in her breast implants.

The Panamanian citizen landed at Barcelona’s Prat airport on a so-called “hot flight,” one that came from a destination known for drug trafficking — in this case Bogota, Colombia.

Ninety percent of cocaine trafficked into the United States, for example, comes from Colombia, according to the U.S. Drug Enforcement Administration.

The passenger came under the scrutiny of security agents, who weren’t satisfied with the vague answers she kept giving about why she was in town, Spain’s interior ministry said.

Her behavior aroused the suspicion of officers that she might be carrying drugs either in her luggage or on her.

When a female officer patted down the woman, she found bloodied bandage material under the passenger’s breasts. The gauze, the officer found, was covering incisions. And the breasts were hiding “a white foreign material.”

Fresh breast implants, the suspect mustered an explanation. Must not have healed up right.

The story didn’t convince police, who hauled her off to a hospital.

“There, a medical team extracted a bag-shaped prosthesis from each breast containing a white pasty substance,” the ministry said.

The expensive implants landed her in jail.