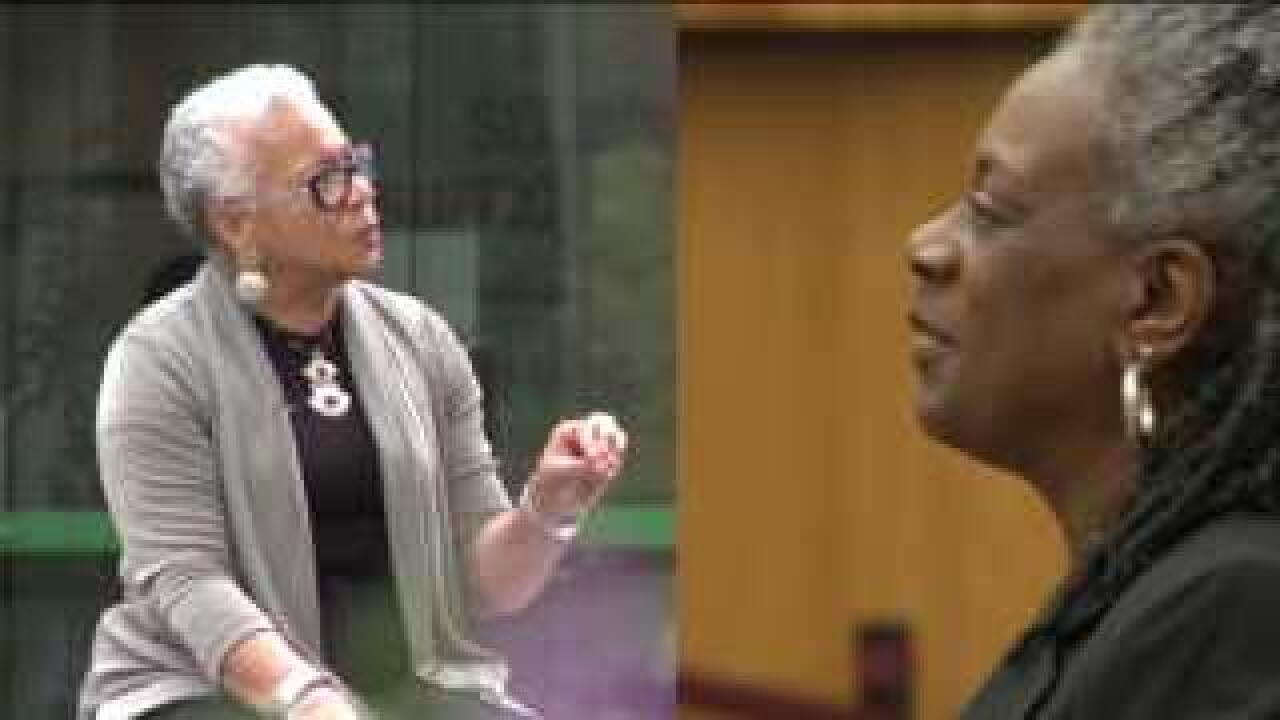 RICHMOND, Va. (WTVR) - Byron Marshall, Chief Administrative Officer for Richmond, sat down with CBS 6 News Tuesday for a wide-ranging interview to address questions involving his role in the hiring of two key officials in the widening probe of the city’s Department of Social Services.

“Exactly,” Marshall said. “He’s intent on this getting taken care of very quickly – but thoroughly.”

The investigation was triggered by anonymous city social services workers who sent detailed complaints about department and management problems that, they say, endanger children.

Key among them is an allegation of a systemic push to keep children with their families instead of foster care, and that social services workers were told that black children shouldn’t be placed in white foster homes.

Gayle Turner, the social services deputy director, has been placed on administrative leave as the investigation continues.

Carolyn Graham, Richmond’s deputy chief administrative officer over Human Services (which includes social services), just stepped down as the investigation widens and after she sent CBS 6 investigating reporter Catie Beck a defense of her agency with someone else’s signature on it.

Graham and Turner worked previously worked together in Washington DC.

And Graham has close ties to Marshall from his tenure as a leader of Washington DC’s Department of Human Services.

Marshall said he and Graham are friends, but mostly related to work. They met in the mid-80s. She’s a hard worker and strong administrator, he said, which is why he recommended she be hired as one of his deputies in 2009.

“I would say we are professional colleagues,” Marshall said when asked about the scope of their friendship. “I’ve never been to her house, if that’s what you mean . . . we don’t picnic.”

He said Graham recommended Gayle Turner before she was hired last year. He listened to that recommendation, among others, he said.

In 2003, Turner was forced out as chief of the District of Columbia’s Youth Services Administration after a yearlong, award-winning Washington Post investigation showed 800 juveniles under the care of the district escaped each year from foster and group homes and treatment centers.

Nine people were slain by those runaways over a four-year period studied by the Washington Post.

And yet, eight years later, Turner was hired to deputy director of social services here.

“They told me what happened in 2003,” Marshall said. “And they also told me that what precipitated it was not only the number of cases, but it became a political issue and everyone in that department – in the leadership of that department was terminated when the new city administrator and mayor came in.”

Marshall shared Gayle Turner’s resume, saying she had a solid history working for the state after leaving DC and that her name came to the top during the normal employee search process.

“The references were good, and I went along with the recommendation,” Marshall said.

“She and the director both recommended her,” Marshall said.

During his interview, Marshall discussed problems and personnel changes in the departments of recreation and parks and also the now-closed juvenile detention center, both of which were under Carolyn Graham’s supervision.