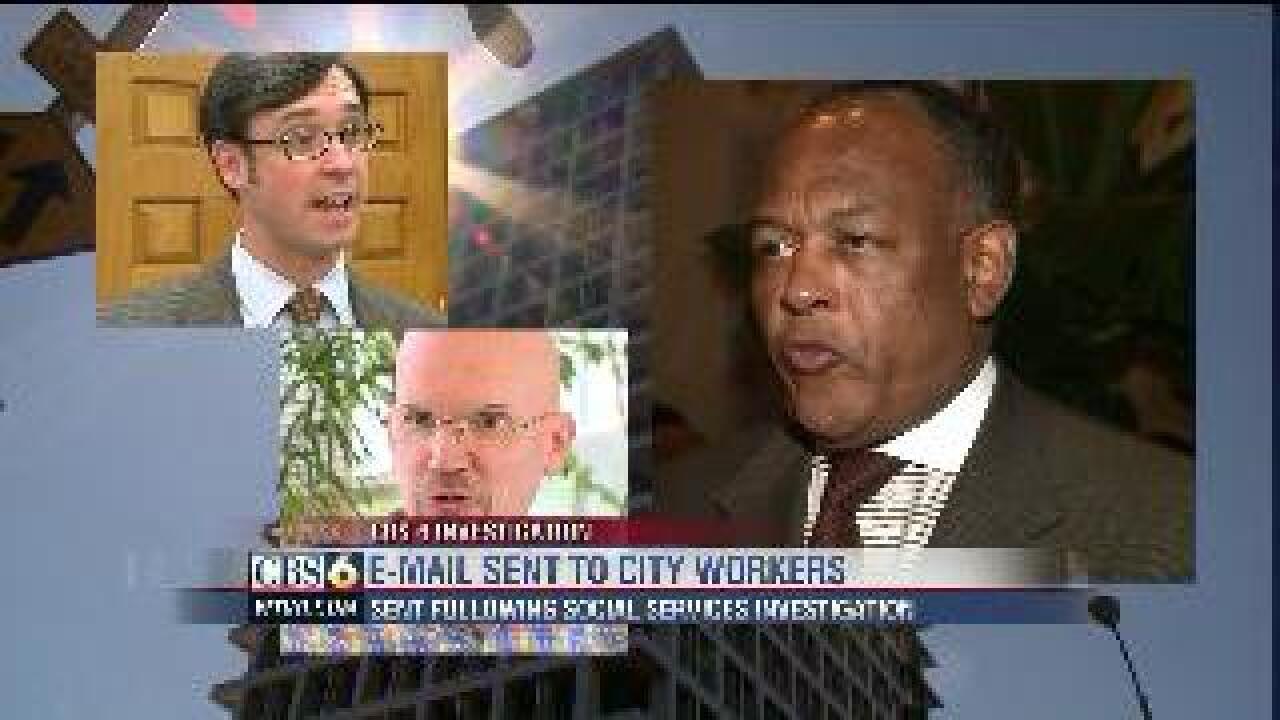 RICHMOND, Va. (WTVR) --The safety and protection of abused children it was the subject of another meeting yesterday among Richmond city leaders.

The meeting between Councilmen Chris Hilbert, Charles Samuels and Mayor Dwight Jones connects to a string of meetings this week about Richmond's Department of Social Services (DSS).

Allegations from a medical professional and from employees of DSS about children remaining too long in abusive homes have sparked serious conversations about what should happen next.

In an effort to gather more information from the inside, Councilman Charles Samuels requested a city wide email be sent to all city employees. It went out Wednesday.

The letter assures employees that they will not be punished for making reports to the City Auditor about fraud or abuse and that they can do so with complete anonymity.

Samuels says his hope was that the refresher on city policy would make other DSS employees that fear repercussions comfortable to come forward.

"Not protecting children--could you have a more serious allegation against government officials don't think so," said Goldman.

You can read the City letter in full.