Man behind Mo Money Taxes is back with new name 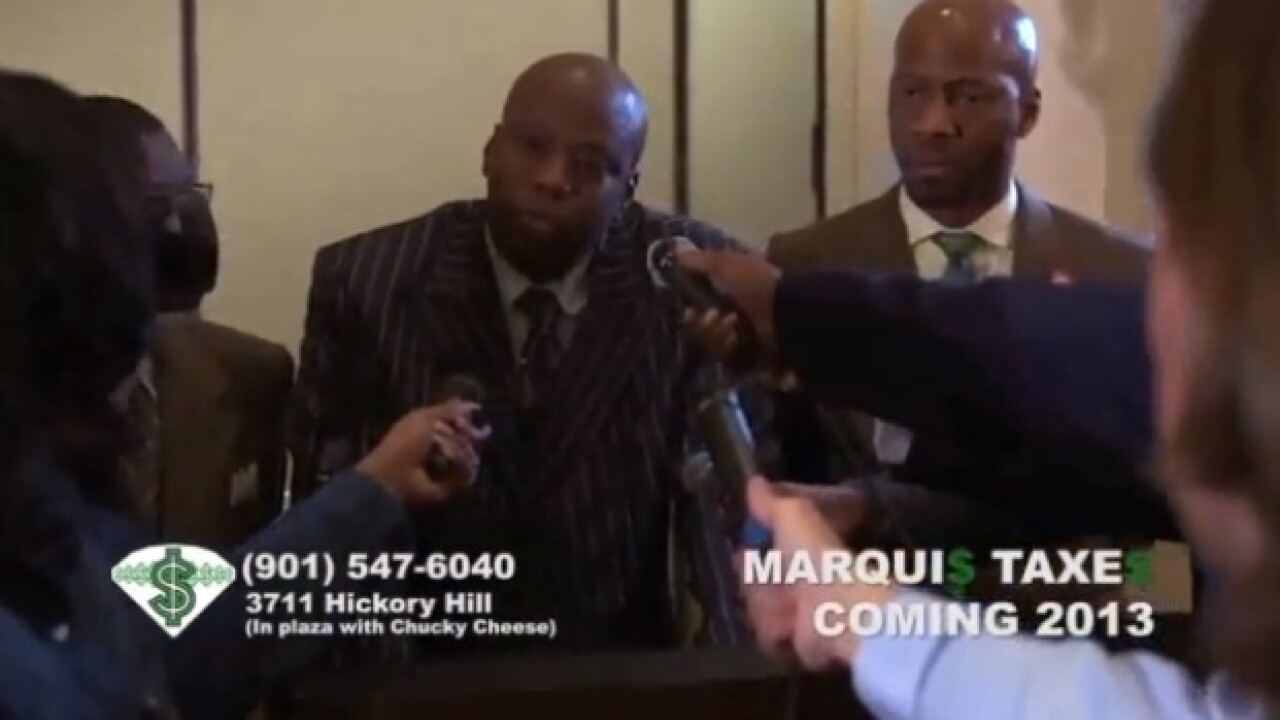 (Memphis)  It seems multiple lawsuits, a visit from the IRS and even congressional hearings won’t stop a local tax preparer from doing business.

One of the men who started Mo’ Money Taxes has a new business, with a new name, but could it be more of the same?

Markey Granberry announced the news in familiar format, a YouTube video, where he mocks the media.

A participant says, “Markey, we’re going to be on you every chance we get.”  Granberry responds, “I know ’cause we the kings of the tax business why wouldn’t y’all be!”

He goes on to say, “My plans are to offer free tax preparation to my faithful and loyal clients.”

It was in early 2012 that complaints started about Mo’ Money.

Those complaints eventually led to lawsuits, a congressional hearing, a visit from the IRS and most recently an indictment of five employees in Missouri for filing false tax credits.

Three of those employees were from Memphis.

Granberry wouldn’t talk to WREG On Your Side Investigators on camera, but sent an email saying, “The issues of delays and check issues were never the fault of Mo’ Money Taxes/MoneyCo USA…thus far, no charges have been filed against no one regarding issues of last year, and we are looking forward to Marquis Taxes being a success.”

The lawsuits in Missouri and Illinois are ongoing.

Those Mo’ Money employees indicted on criminal charges in Missouri have a hearing set for February.

It was formerly a MoneyCo location.

Southern King got a business license for the location in August, Marquis Taxes obtained one in October.

The registered agent is Markey Granberry with an address of 5090 Millbranch, Memphis, TN.