ROUND ROCK, Texas (WTVR) - A Texas man spends a great deal of time each year coming up with the perfect Christmas light display for his home.

This year, KXAN-TV reports that just two months after moving into their new home, the Storms family is going "Gangnam Style."

"The first weekend we bring out a crew to help us with the really high stuff," Storms said. "My wife won't let me climb a ladder."

And for the Storms' new neighbors, nothing says welcome to the neighborhood like stringing up 25,000-plus holiday lights. But Storms' neighbors are understanding and excited by the idea of having their very own Clark Griswold.

"He's barely unpacked, and the first thing he did was start with lights," one neighbor joked. "How do you compete with something like that?"

Years ago, the electric bill could run into thousands of dollars for a show like this, but not these days. Storms says because all the lights are LED, they just "sip on the power."

In fact, Storms says it only costs him about $15 for the entire month of December. Additionally, Storms does spend a few hundred dollars on other gadgets, like a program that allows him to design the lights show on his computer.

"We have the Netbook computer," Storms said. "We have a little dongle here that connects us to the lights. And then we have a little hobbyist F.M. transmitter which has just enough power to get a signal out to the street."

Watch Storms' complete 2012 "Gangnam Style" video in the player below. 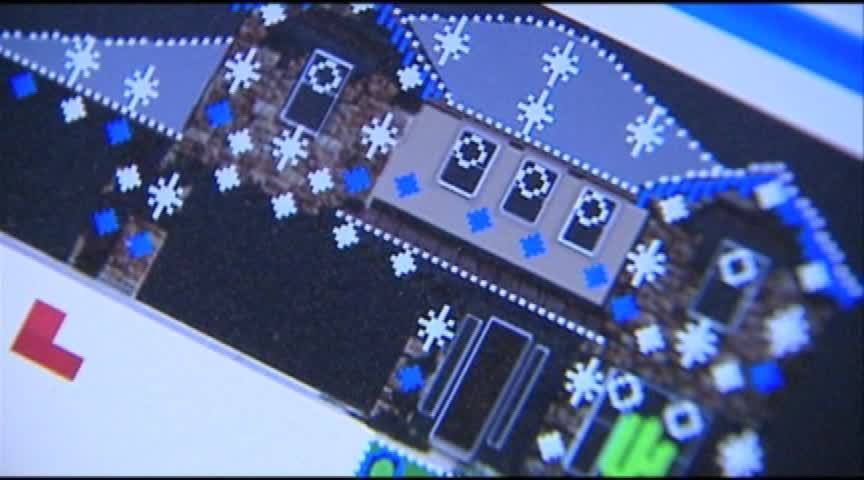